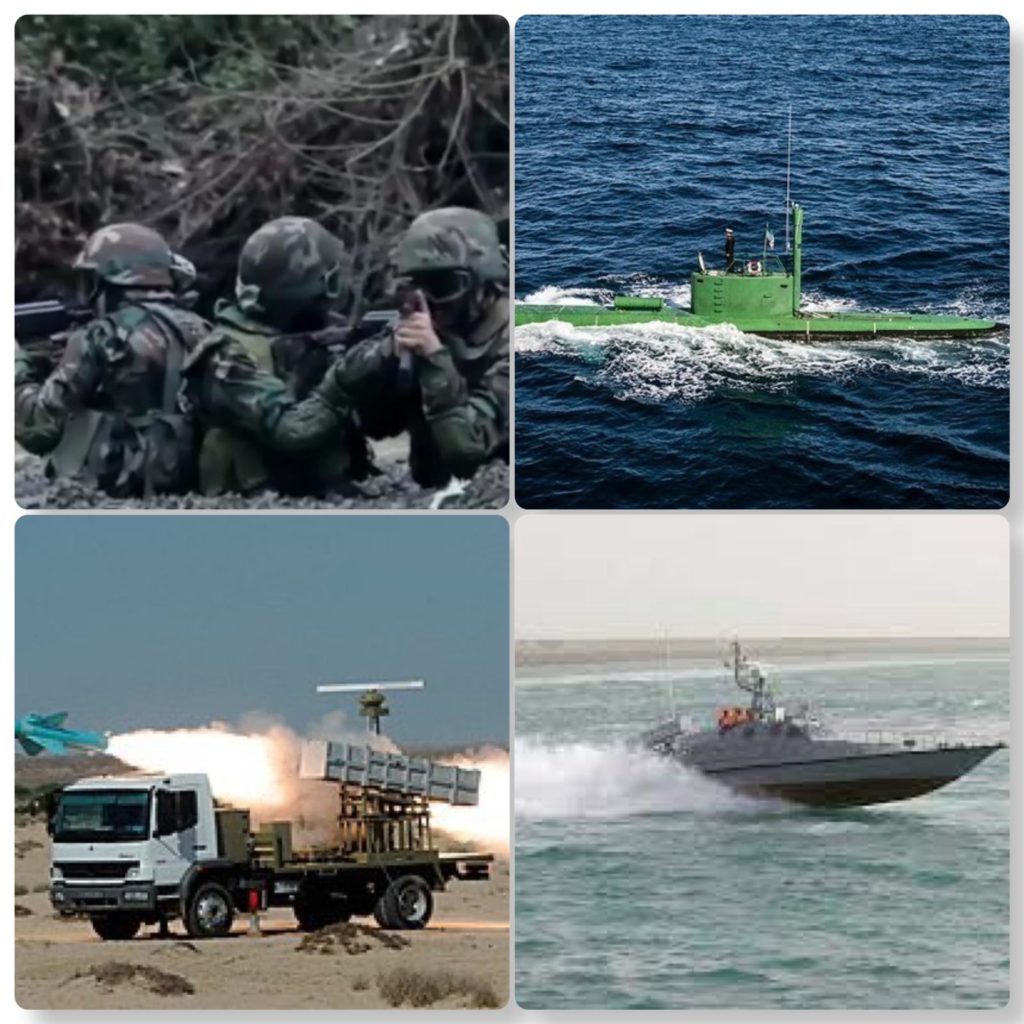 On June 9th, as part of his address on the maritime border negotiations between Israel and Lebanon, Nasrallah compared the matter’s importance to the “liberation” of South Lebanon from Israel in 2000. Nasrallah set a goal: cessation of Israel’s drilling and extraction of natural gas, which he claims can be achieved by Hezbollah, as it cannot stand idly while “natural resources are being robbed”.

What will happen if the negotiations fall through? Hezbollah may decide to act militarily. The primary potential security threats Hezbollah poses to the maritime arena, especially to the “Karish” oil platform, natural gas drilling infrastructure, and the IDF forces guarding it, can be carried out by Hezbollah’s Naval Unit.

Hezbollah’s Naval Unit is relatively tiny, departmentalized, and elite. We estimate its workforce (which is unknown) at a few hundred operatives. The unit’s goal is to allow Hezbollah, by using weapons and its commando capabilities, to operate against Israel in the maritime arena.

Like a considerable part of Hezbollah’s military Unit’s, its Naval Unit was established with Iran’s assistance. Iran supplies the unit with appropriate equipment and weapons, professional and technical expertise and knowledge, and training in Iran and Lebanon. The unit’s operatives are even exposed to Western knowledge and use Western equipment that was “leaked” by the Lebanese Army, which is supported by the United States and European countries.

We focused much on the LAF’s and Hezbollah’s formal and informal cooperation. Today, approximately 45 percent of the LAF’s combat manpower is Shiite. Leaks of knowledge, weapons, and equipment to Hezbollah encouraged by the “Shiite unity” ideology is today’s reality, a fact. Considering this, we estimate that several LAF units and personnel will have a complete part in Hezbollah’s next confrontation with Israel.

What military capabilities and equipment does Hezbollah’s Naval Unit have?

Surface-to-sea (Anti-ship) /cruise missiles. Hezbollah has Chinese C-802 anti-ship missiles that were used in 2006 on an Israeli ship. They have a top speed of Mach 0.9, a range of 120 kilometers (nearly 75 miles), and 165-kilogram warheads.

Furthermore, we estimate that Iran has managed to transfer Iranian-made Surface-to-sea /cruise missiles to Hezbollah. Hezbollah’s Naval Unit likely possesses “Noor” and “Netzer” missiles. The “Noor” is an Iranian anti-ship missile with a range of 120-220 kilometers and is considered an advanced version of the Chinese C-802 missile. The “Netzer” is a Pakistani missile that can travel at nearly the speed of sound and destroy targets that weigh up to 3000 tons.

We do not know the exact number of Surface-to-sea / cruise missiles Hezbollah possesses, but we estimate that it has several dozens. Some of these missiles are stored close to Lebanon’s coastline for immediate use and will be fired from launch sites prepared and mapped by Hezbollah in advance. According to our geographical analysis and the missile’s attributes, we estimate that the “Yakhount” missiles are located far away from Israel. We believe the other types of missiles are located all along Lebanon’s coast.

We estimate that one of Hezbollah’s Naval Unit’s launch sites is located south of Tyre and adjacent to the village Mansouri (See our publication on June 9th):

Commando activity. the unit has an underwater commando Force named “Human frogs”. We estimate that there are several dozen operatives. This unit specializes in approaching its targets by boat, midget submarine, scuba diving, or a combination of all three. Its operatives are trained to scuba dive varying distances and depths, perform incursions, take control of maritime targets, and plant sea mines, explosives, etc.

Submarines. The unit likely has midget Iranian “Ghadir” submarines, which can be up to 29-meters long and can fit 10-18 commando operatives. The unit also uses “torpedo/kamikaze submarines”, midget submarines that can be launched, and either fire torpedoes or be used as a kamikaze weapon.

Boats. In addition to submarines, Hezbollah’s Naval Unit operates “Zulfiqar” attack Boats. These Boats were given to Hezbollah by Iran and can also be used as kamikaze weapons. However, we estimate that if Hezbollah decides to attack Israeli targets using a “kamikaze” strategy, it will use “innocent-looking” civilian Boats.

Most of the missiles, submarines, and boats were transferred from Iran to Hezbollah via the Shiite Ground Corridor connecting Iran and Lebanon. Possibly, in several cases, the subs and Boats came disassembled and were assembled covertly on Lebanese soil.

In conclusion, we estimate that, as of now, Hezbollah’s Naval Unit is on alert. It is prepared for several military retaliation scenarios against the “Karish” oil platform or the IDF forces patrolling it. Hezbollah will act only in its interests (and with Iran’s support) and not in Lebanon’s. We need to consider Iran’s influence and the pressure to either get revenge on Israel or cause a regional escalation to change its regional status and the rules of the game.