Who Will be Iran’s Next Supreme Leader? Possible Scenarios… 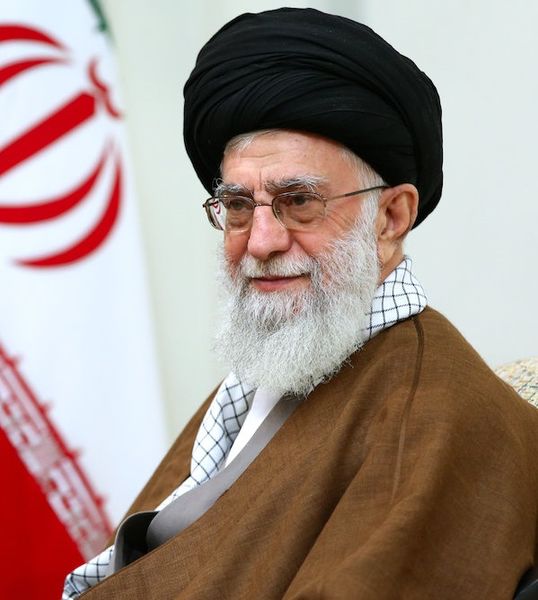 Over the past two months, the media revolved around the Iran Nuclear Deal and the targeted strikes against members of the Islam Revolutionary Guard Corps (IRGC) on Iranian soil, sidelining one of the Islamic Republic’s most significant issues – who will take Khamenei’s place?

Khamenei was born in Mashad in April 1939 to an Azerbaijani father and Persian mother. After years of being part of the opposition to Iran’s monarchy and serving as Khomeini’s right hand, Khamenei served as President of Iran from 1981-1989. He was chosen as Khomeini’s successor after his death in June 1989.

Over the past few years, Khamenei’s medical condition has worsened. In light of this, we need to ask an important question – who will take his place, and what scenarios can we expect when he is replaced?

Iran’s internal situation over the past several years has been susceptible, with unemployment, inflation, poverty, and corruption skyrocketing. International matters of great importance joined these as well, such as rising tensions in the Middle East and the Persian Gulf accompanying the anti-Iranian coalition’s expansion as a result of the Abraham Accords, the Israeli Air Force’s extensive activity in Syria, and its strikes against Iranian infrastructure, as was accounted in different reports. Other factors include Russia’s presence in its war against Ukraine and its resulting conduct in the Middle East.

Clause seven in the Iranian constitution (1979) states: “in the absence of the Mahdi, the leadership of the Iranian nation will be placed in the hands of a man of faith (religion) possessing administrative and management capabilities.” It can be inferred from here that Iran’s Supreme Leader is much more than just a religious-spiritual figure – he is primarily a dominant political one.

Clause 110 states that the “Supreme Leader” is first and foremost Iran’s most influential figure, and his authority is quite extensive: he is Iran’s armed forces’ highest-ranking commander (as well as the IRGC’s), and as a direct result he is trusted with the authority to declare war or peace. In addition, the media and the justice system are under his ever-watchful eye, as well as the authorization of presidential candidates, Iran’s foreign relations, and other institutions.

The appointment of the Supreme Leader, who holds the religious title “Ayatollah al-Atma” (God’s biggest wonder), is for life. In contrast with Iran’s president, the Supreme Leader does not have to be of Persian descent.

Khamenei’s term being almost over (or at least on its way to it), we should try outlining several scenarios for his replacement:

The first scenario is the possibility that Khamenei’s successor will face no issues or challenges. He will be a well-known man of faith (religion), popular even with Khamenei himself, who could assist with the process of his election. It is important to note that the Iranian people are not involved in this process, in contrast to their involvement with the president’s and the parliament’s elections. Moreover, it is believed that the Divine guides the council of experts that chooses the Supreme Leader. Former Iranian parliament member, Ali Akbar Nategh-Nouri, addresses this matter: “The men of faith are the messengers of the Prophet Muhammad and the Imams, and they have the authority to spread the secrets of Islam to all the people, and this is the main reason they entered politics.” (Resalat Newspaper, 17.03.1996).

According to the second scenario, the rule of the “men of faith” might come to an end. This will create a giant vacuum that will likely be filled by a “leadership council” comprising 3-5 known religious figures. It should be noted that this idea was presented as early as Khomeini’s death but was not acted upon due to reasons that are too lengthy to go into detail here.

In the third scenario, Iran’s decision-makers need to make possible adjustments to Iran’s constitution to expand the president’s authority (which today is only over Iran’s economy and internal affairs). There may be disputes between supporters of the “rule of the men of faith” and the more moderate when discussing issues such as the necessity of the council of experts and any of its offshoots. This scenario can lead to the establishment of a presidential dictatorship in every sense that will destroy Iran’s ideological base of Ayatollah rule.

In the fourth scenario, there is a possibility that the presidency will be rescinded entirely and will be merged with the role of Supreme Leader. Essentially, the people will be able to select the best candidate in their eyes for Supreme Leader/President. This innovative scenario can lead to widespread international recognition of Iran as a state that put its dark past as a violent theocratic state behind it and is now striving towards a better future for it and its people.

The fifth and final scenario is one of nightmare and horror for Iran – failure in succeeding in electing a new Supreme Leader, which will lead to political, social, and economic chaos. This chaos can cause the Iranian people to lose their faith in the political system, and from there – civil war is just around the corner.

The primary estimation, up to now, is that the council of experts will choose a new Supreme Leader and fulfill its duty successfully. We should remember that Iran’s diplomatic situation requires its decision-makers to stabilize the regime quickly and effectively since it faces complex challenges, both internal and external, as was discussed beforehand.

In conclusion, it should be assumed that the list of potential candidates for Supreme Leader will continue to lengthen, and more and more names will be thrown around the more the appointment date gets closer. It is important to remember that Iran’s Supreme Leader or Iran’s leadership will make a decision after lengthy internal political games between the liberal and conservative parties. Whatever scenario plays out in the end, the new Supreme Leader will have many challenges to face.

*Roy Cahanovich is a doctoral student in the University of Ariel. He is a researcher and expert on the Middle East, especially Iran, Islam, and terrorism.