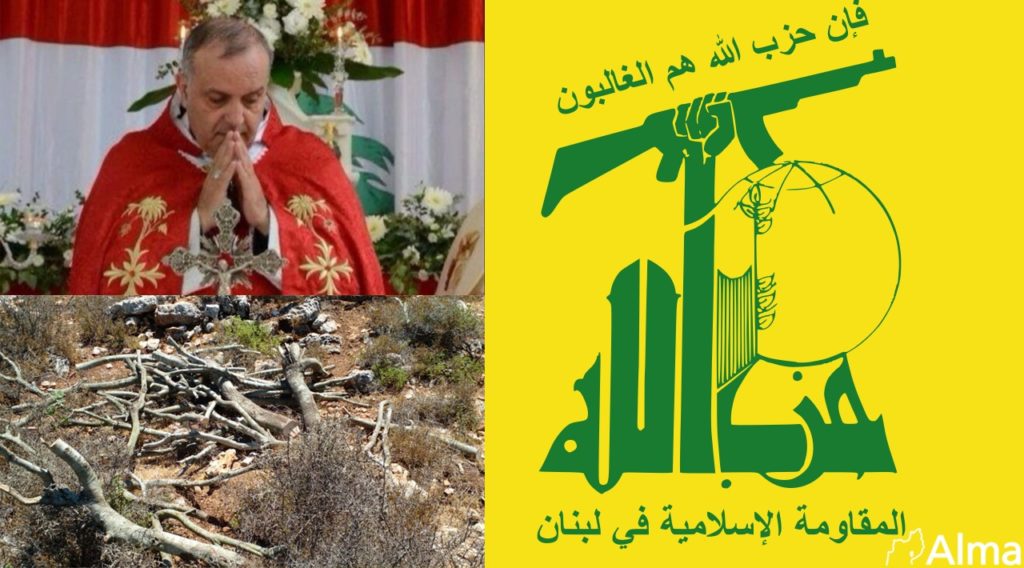 The arrest of the Maronite Archbishop Moussa El-Hage, “the appointee on behalf of the Patriarch in Palestine and Jordan” and the deputy head of the Maronite Christian community in Lebanon, Bashara al-Ra’i, on July 18, made waves. El-Hage was arrested at the Elnakura border crossing upon his return from Israel. In his position, El-Hage’s travel to Israel and back to Lebanon is not unusual, known and done for years.

Alhaj was accused of smuggling money (about half a million dollars) and medicine. Transferring money and medicine is a recognized humanitarian action carried out by the representatives of the Maronite Patriarchate in their movement throughout the Middle East. Samir Geagea, the head of the Lebanese Forces party, claimed that this is political persecution against the background of the intense criticism directed by the patriarch A-Ra’i against Hezbollah in recent times.

Hezbollah claims that Archbishop Alhaj assisted the Israeli Mossad’s espionage operations. The arrest of the archbishop was probably made at the request of Hezbollah, and the statement of Hashem Tzafi Al-Din, head of the executive council of Hezbollah, reinforces this assumption:
“Those who we have tolerated for forty years and conspire with external parties should know that everything has an end…“

Do the words of Tzafi Al-Din refer only to the Maronite Patriarchate, or does it refer to all Maronite Christians in Lebanon?

On July 29, a violent incident occurred between Rmaych residents and Hezbollah operatives. Rmaych is a Maronite Christian village in southern Lebanon with about 7000 people. Because of the population’s characteristics and the proximity to the border, Hezbollah tends to accuse the village residents of collaborating with Israel.

The incident occurred against the background of Rmaych residents cutting down trees in their plots. Hezbollah operatives, who belong to the “Green Without Borders” organization, arrived at the scene and attacked the local residents for cutting down the trees.

“Green without borders” is not an environmental organization that Hezbollah tries to present. This is a wing of Hezbollah for collecting tactical intelligence on the border area with Israel.
Hezbollah didn’t protect the trees due to their concern for the environment. They feared the damage to their natural hideout overlooking the border.

Hezbollah accused Samir Geagea’s men of the Lebanese Forces of the act, a charge that the residents of Ramish denied. According to various reports, Hezbollah operatives surrounded the village. As a result, the residents appealed to the Lebanese Army and UNIFIL to intervene and protect them from Hezbollah…