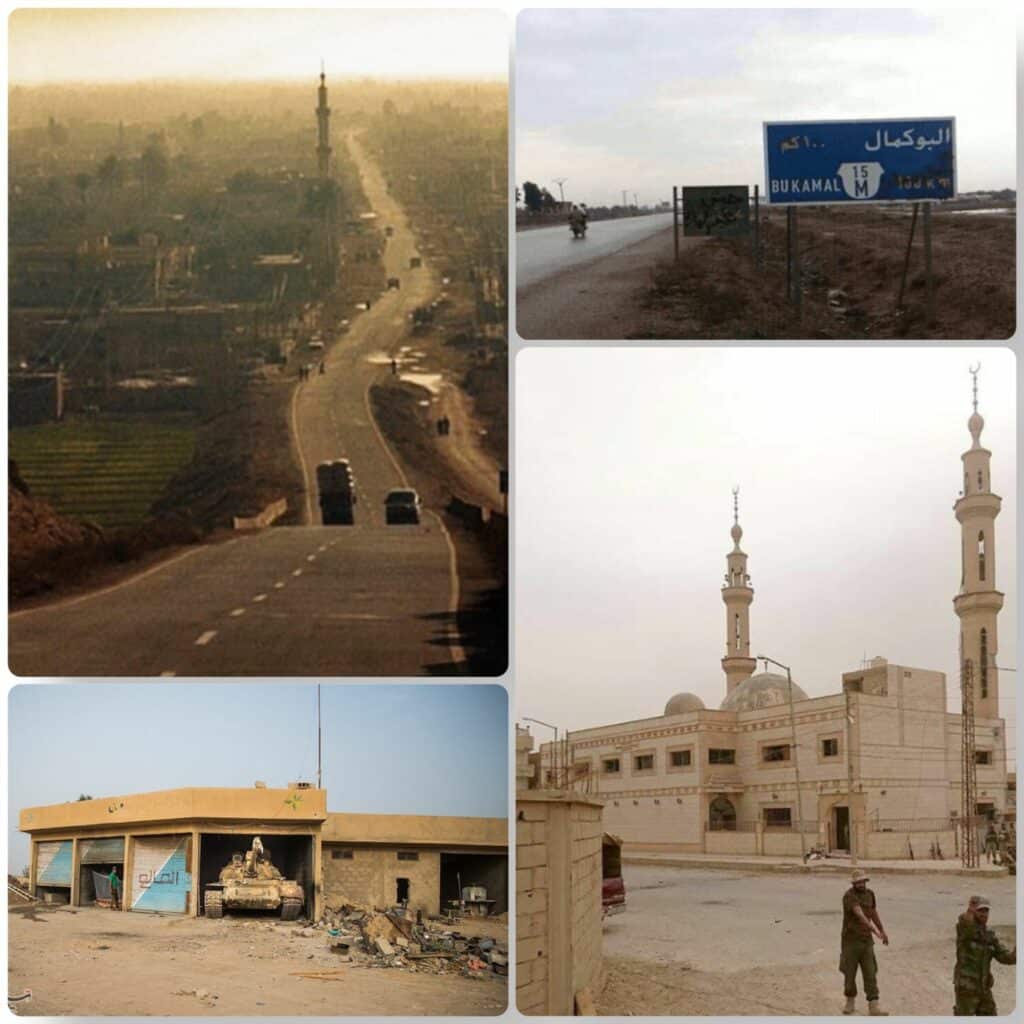 The Iranian corridor from east to west consists of four countries: Iran, Iraq, Syria, and Lebanon. The geographical territory of Syria was marked by Iran as a central part of the corridor. Most of the resources supporting the corridor are directed by the Iranians to Syria and are reflected in major civilian and military entrenchment efforts in all the geographical anchors through which the corridor routes pass in Syria.

In a comprehensive analysis of the Iranian corridor, which will be published in the coming weeks, we mark four main corridor routes on Syrian soil. These routes include “gateways” into Syria, traffic routes inside Syria, and geographical anchors for the civilian and military entrenchment that create an “enabling environment” for the transportation and interim storage of the weapons before they are transported to their final destination (in Syria or Lebanon).

For example, one of these geographical anchors is the Sayyidah Zaynab area in southern Damascus, on which we are publishing a special report.

On September 17, an airstrike was carried out in the area of the Damascus international airport. In addition, targets of the Syrian air defense, which fired at the attacking air force, were attacked. The attack reportedly killed five Syrian soldiers and officers from the Syrian Air Defense Forces. Other unverified reports reported that “foreigners” were also killed in the attack.

Was the attack aimed directly at an Iranian target in the heart of the Damascus international airport? How does this goal relate to the Iranian corridor and the arms transfers?

The September 17 attack apparently shed light on a Quds-Lebanon dedicated unit. This unit plays a central role in the Iranian corridor.

The main role of Unit 2250 is to manage and operate the logistics of receiving and transferring weapons on Syrian soil as part of the corridor from Iran. Unit 2250 operates in all the geographical anchors and “gateways” where the Iranian corridor in Syria operates, such as Al-Bukamal, Deir ez-Zor, Homs, the seaports (Latakia and Tartus), and the airports (Damascus and Aleppo).

Unit 2250 has many sites throughout Syria that store and transport weapons. The unit’s main site is located in the heart of Damascus International Airport. The site consists of a complex containing warehouses and offices near the airport’s northern runway.

The people operating in the unit are Iranians belonging to the IRGC’s Quds Force. Sayyid Reza is in charge of the Damascus branch of the unit. Two other key functionaries work within the unit. The first is Mysem Katabi. He is the liaison responsible for transferring the weapons from Iran to Syria.

The other is Abdullah Abadi. Abadi is responsible for transporting weapons components through the air corridor in civilian commercial flights by hiding them in passengers’ hand luggage. The civilian flights fly directly from Iran to Damascus and Beirut International Airports. From Damascus, the weapons components are transported on a land route to Lebanon. These are the components mostly related to Hezbollah’s precision missile project. All this is done to reduce the surveillance ability of the various intelligence agencies, prevent exposure, and disrupt any intercepting, based on the assumption that the civilian envelope will serve as a shield against any thwarting attempts.

Rida Safi al-Din is responsible for Hezbollah’s smuggling of these weapons components. Rida works closely with Abdullah Abadi (Rida is the son of Hashem Safi al-Din, head of Hezbollah’s executive council, Hassan Nasrallah’s cousin on the mother’s side, and the one who is marked as Nasrallah’s potential successor). It should be noted that Hashem’s brother, Abdullah Safi al-Din (Rida’s uncle), is Hezbollah’s representative in Iran and has close working relations with the Quds– Lebanese Corps – Unit 2250.

We recommend you follow our publication regarding the “Iranian corridor campaign” that shall be published in the coming weeks.