The Last Mistake of the Free Syrian Army

At the beginning it was a civil uprising with the desire for democracy. Tens of thousands of soldiers turned their backs on the dictatorship that demanded from them to massacre...

[vc_row][vc_column][vc_column_text]At the beginning it was a civil uprising with the desire for democracy. Tens of thousands of soldiers turned their backs on the dictatorship that demanded from them to massacre their own brothers. These soldiers lost their lives for refusing. They established the Free Syrian Army (FSA), and gathered with some political elements, in the battle for their future. The Arab countries that have seen the massacre committed by Bashar al-Assad towards his own people, took quick decisions: The Arab League suspended Damascus from the organization in November 2011, only few months after the appraisal had began. Later then, it was the Arab League that led the UN intervention in the crisis in Syria.

For a moment, it seemed that the “Arab Spring” is blooming.

However, the FSA has made a serious mistake: It enabled the Mujahidin, members of various Islamic organizations to join it in the war against the Assad regime. The Mujahidin gathered strength and support under the FSA wings. Some argue that Assad did not fight radical Islamic organizations at the same determination he conducted the fighting against the FSA, and actually let them thrive, because he wanted to demonstrate to the world the dangerous alternative to his rule in Syria.

The FSA, that during three years of battles had replaced three commanders, found itself more and more engulfed by the various Islamic organizations. The use of plural here is deliberate: There isn’t only one Mujahidin. There isn’t only one organization. There are many radical Islamic organizations, sometimes they even fight each other, and some of them joined forces with the FSA (including the Islamic Front, Jabhat Al-Nusra, and Kataeb Ahrar Al-Sham). In any event, the democratic agenda of the revolution was gradually lost.

Then came ISIS. First, a few words about the organization’s name: In English the acronyms are: Islamic State of Iraq and Syria, but in Arabic the phrase instead of “Syria” is “Sha’am” – mining the “Greater Syria”, which also includes Israel, Jordan and Lebanon.

Various Islamic organizations were hasten to declare that they are not part of ISIS, and in fact sought to create a distinction between indiscriminate killers. However, it’s difficult to hide the fact that both groups are fed from the same mentor – Al-Qaeda, that preaches for a violent and uncompromising struggle against the infidels. Virtually all the Mujahidin organizations in Syria, share the same basic ideas, they dispute mainly about the “who” (leadership) and the “how” to reach their goals.

Once it became clear that ISIS is a threat to everyone, everyone volunteered to help. It unfortunately happened, after the publication of the cruel beheading of American and British citizens in Syria. Everyone was surprised by the British accent of the executioner. 200 thousand people killed in Syria, including the use of chemical weapons against civilians; Sunni cities in Iraq were conquered and Yezidis and Christians communities were massacred – all these were not enough. Only after the beheadings of Western citizens and the understanding that among ISIS fighters there are many with European citizenship that might return to Europe and conduct terrorist attacks – the West woke up and the War against Terror was opened again, with president’s Obama announcement on establishing the Coalition, model 2014.

The USA put its money and intelligence and the Arabs are apparently willing to put the resources, including soldiers. Jordan and Qatar taking part in air strikes, and in the field, pan-Arab organizations that operated alongside the Assad regime received positive reinforcement from volunteers of all Arab countries. For example, the Arab National Guard – a militia formally established in April 2013 – has received a boost. The militia is a collection of young people who advocate the pan-Arab, anti-colonial ideology of the Egyptian leader Gamal Abdel Nasser. Recently 3000 Egyptians joined the militia, which was divided into four battalions in the name of the leader, his heirs and “October” victory in 1973 against Israel. The Egyptian President, Al-Sisi, who condemned Assad for massacring his own people, found himself supporting militias fighting against the rebels.

From a struggle for democracy, that quickly had become a civil war between Sunnis and Shiites, we are now witnessing the third phase in the history of the revolt against the Assad regime: Bizarre alliances are formed against the greatest danger of all – ISIS. Radical Islam fights against crueler Radical Islam; Shiite Hezbollah in Lebanon assisting moderate Sunnis and Christians in Syria; USA coordinate with Iran; and the Saudis set aside the competition with Egypt on the leadership of the Arab world.

Where the Free Syrian Army stands in the spectrum named “Radical Islam”?

In the jumble of bloodshed and beheadings, the Syrian revolution was forgotten. Free Syrian Army was left behind. It failed to get on the wagon and didn’t realize that being a radical Muslim is not entirely IN today. Islamic organizations “stole” its revolution. In the landing page of the FSA website there are the images of officers killed in the battles: all of them belong to radical Islamic organizations joined the FSA. Other messages in the site encouraged resuming Salah A-din battles against the Crusades, and “liberating” Jerusalem and the land of Palestine, as if the war in Syria is not the most important or urgent issue.

Moreover, when the United States announced (in late 2012) Jabhat Al-Nusra to be added to its list of terrorist organizations as part of Al-Qaeda, the FSA condemned the move declaring: “We are all terrorists”, and actually fought shoulder to shoulder with Al-Nusra. Together they conquered the border crossing with Israel at Qunetra only a few weeks ago. Al-Nusra’s spokesman announced this week that the coalition against terrorism is a “declaration of war on Islam” and promised revenge. Bottom line, despite an official statement backing the attacks against ISIS, the FSA reiterates in his massages to president Obama, that the real enemy is the Assad regime. But Assad doesn’t threat the Americans and Europeans, and there are urgent dangers for the Arabs as well. “Freedom fighters” were left alone in the battle against the Assad regime, while their allies are the Mujahidin, which are been suspected, rightly, of membership in ISIS.

Who will steal the revolution in the fourth round? The latest mistake of the FSA might be its last, and could lead to its disruption, and split into various organizations mostly will be identified with Radical Islam, so that, in the end, the battle will be fought between the Arab countries and pan-Arab powers, against the Islamic organizations. All this of course, will lead to the strengthening of the Assad regime, in some areas in Syria. The vision of democracy in Syria is been postponed for now due to the urgency of the struggle against ISIS.[/vc_column_text][/vc_column][/vc_row] 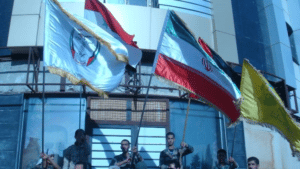 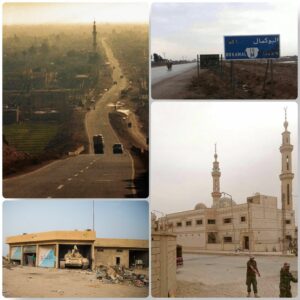