Is Russia finally beginning to fulfill its promises to Israel? 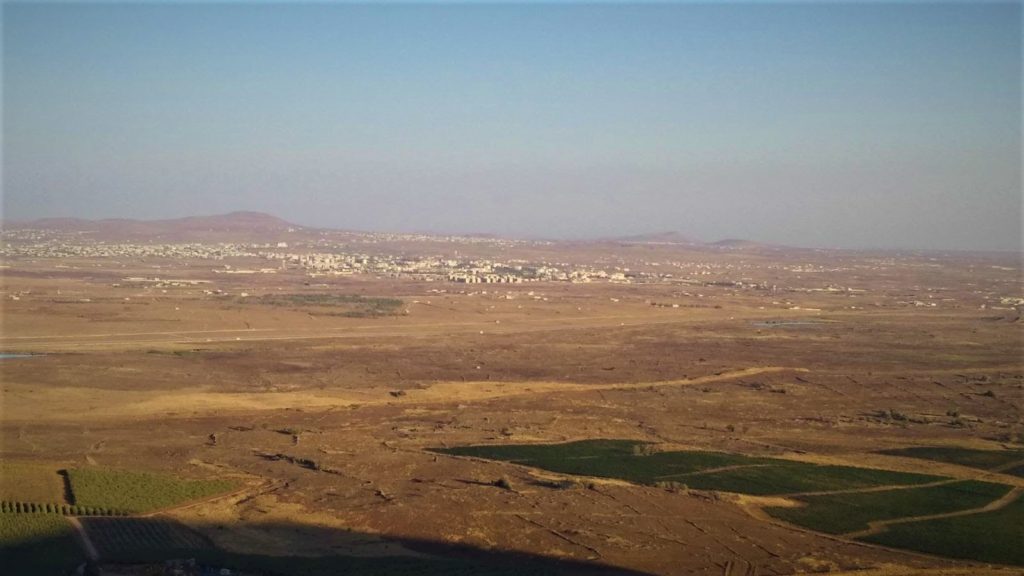 [vc_row][vc_column][vc_column_text]Reports within the Syrian southwest suggest that an Iranian convoy was prevented from entering the Quneitra province, adjacent to the Israeli border, by the Russian military police stationed in the region.

Russia had promised Israel that it would guarantee that Iranian forces in Syria would remain as far as 100 km (62 miles) from the Israeli border. Thus far, though Russian military police patrol in the areas next to the Israeli border, reports continue to surface concerning the military presence of Iran and Hezbollah – most prominently, their recruitment of locals in southwest Syria.

The report suggests that this Iranian force came from Dir a-Zour, through Homs and Damascus into the south. The Iranian force allegedly changed vehicles and clothing in Homs to Syrian Army uniforms, in order to try to elude the Russians. Once discovered, the Iranians argued heatedly with the Russians for several hours before turning back and leaving.

Meanwhile, other reports claim that another territorial dispute is still ongoing between both sides over control of the Al-Harah hill in the northwest of the Daraa province 12 km (7 miles) from the border with Israel. The hill is the highest point in the Syrian southwest and is a strategic location that can overlook the Israeli side of the Golan. The Russians’ intent, according to reports, is to prevent Iran from gaining a stronghold on the hill, as it was a Russian base of intelligence prior to the war, highlighting its strategic importance.

In response, the Iranians have increased their grassroots efforts in reshaping the perception of the Iranians and Shiites in the town of of Harah overlooking the hill, by reconstructing schools and making the water wells accessible and water drinkable – all free of charge. This in order to convince the locals to enlist in the Iranian-backed militias in the region. The report claims that the Russians are aware of Iranian efforts and have already placed Russian observation points on the hill, to prevent Iran from gaining control over it.

The bottom line – Moscow doesn’t view Iran as an enemy, so Russia will keep its promises to Israel only as long as it serves Russian interests. Yet, along with the risks, there are opportunities, since reports throughout Syria now suggest that conflicts are beginning to surface between Russians and Iranians over territorial control and future investments in different projects and provinces in Syria. Israel can benefit from this growing competition between Russia and Iran over Syria, though we are not sure it can determine its outcome.

*Ibrahim Abu Ahmad is a senior researcher at Alma Research and Education Center.[/vc_column_text][/vc_column][/vc_row]