“The Army, the People and the Resistance” equation – A dialogue on Hezbollah’s narrative 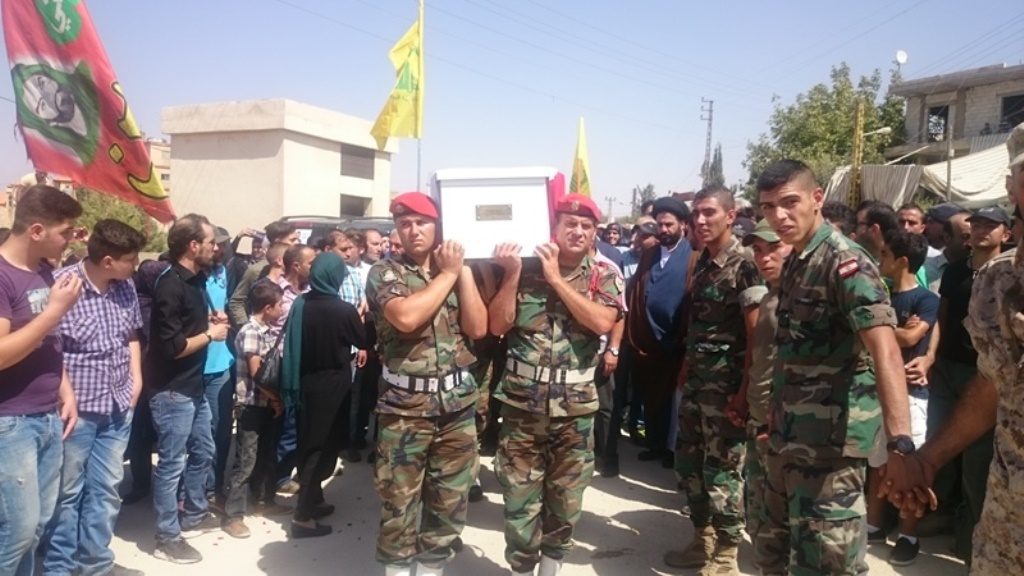 [vc_row][vc_column][vc_column_text]In the coming weeks, we intend to publish an article that extensively analyzes the “Shiiteization”, taking place in the Lebanese army and the increasing amalgamation of the Lebanese army with Hezbollah. The article examines the possibility of the Lebanese army becoming an actual proxy of Hezbollah, parallel to the continued transfer of international military assistance to Lebanon, mainly from the United States to the LAF.

For the time being, it is pertinent to illustrate the “dialogue” recently conducted by Hezbollah through the Lebanese media quoting the head of the IDF’s northern command, Major General Amir Baram, on the so-called “equation”, i.e. the relationship between the Lebanese people, the Lebanese army and the “resistance” (Hezbollah).

On September 16, 2019, Hezbollah’s “Combat Information Unit” website quoted the words of Major General Baram, in which Baram emphasized that breaking down the “army-people-resistance” equation is one of the goals that the State of Israel must focus on when dealing with Hezbollah’s power.

This “triple equation narrative” has been a cornerstone of Hezbollah’s propaganda efforts in recent years as a central message directed to the people of Lebanon; that the Lebanese interest is primarily Hezbollah’s interest and that relationship cannot be dismantled given the strong links between the Lebanese people, the Lebanese army and Hezbollah, that assists the army with the defense of Lebanon.[/vc_column_text][/vc_column][/vc_row][vc_row][vc_column][vc_single_image image=”3798″ img_size=”full” alignment=”center” style=”vc_box_border”][/vc_column][/vc_row][vc_row][vc_column][vc_column_text]Hezbollah’s website commented on Gen. Baram’s remarks, stating that they are not surprising, given Hezbollah’s role in the liberation of Lebanon and its primary role in the defense of Lebanon against the Israeli threat – referring to the IDF withdrawal from Lebanon in the year 2000.

Major General Baram’s comments sought to apply pressure on the Lebanese government, however at the same time stressed the need to assist the Lebanese state in denying Hezbollah the opportunity to fill the vacuum created by its very weak government.

Baram also called for the cessation of military aid transferred mainly from the United States to the Lebanese army, due to the military’s close relations with Hezbollah and the danger that that aid will fall directly into Hezbollah’s hands.

Hezbollah’s website responded directly to Baram’s demands, stating that with this petition he indirectly acknowledges that one of Lebanon’s strengths lies in the integration of the resistance (Hezbollah) with the Lebanese army. Therefore, according to Hezbollah, Baram explicitly sought to exert pressure on the Lebanese army to dismantle the union that “causes the Lebanese to feel the direct fruits of the confrontation with the Israeli threat and the spying networks belonging to Israel”.

To refine this claim, Hezbollah’s website pointed out the controversy within Israel regarding the effectiveness of Gen. Baram’s recommendations against Hezbollah and Lebanon, citing an assessment issued by the Begin-Sadat Center at Bar-Ilan University, stating that Baram’s plan is destined to fail in light of Hezbollah’s revered status in Shi’ite society and its ongoing Iranian support.

The episode demonstrates that promoting “the equation” is becoming an increasing priority for Hezbollah as it seeks to exploit its position in order obscure the truth – that the Lebanese people and the Lebanese army are not the uppermost of Hezbollah’s interests.

The ongoing protests taking place in Lebanon reflect how Nasrallah has tried in every way to divert the blame onto Israel, while at the same time his bullies on the ground beat the protesters, to the discontent of Lebanese soldiers.

Hezbollah will always favor Iranian and its self-interests and it is this long-standing preference, transpiring over the last three decades that has brought about Lebanon’s poor economic situation leading now to the outbreak of political protests all over Lebanon – the “October 17 protests”.

The question remains, does dealing with the “army-people-resistance” equation constitute cover, among other things, regarding the “Shiiteization” of the Lebanese army and its potential in becoming Hezbollah’s proxy? We shall analyze this question further in a future article to be published in the coming weeks.