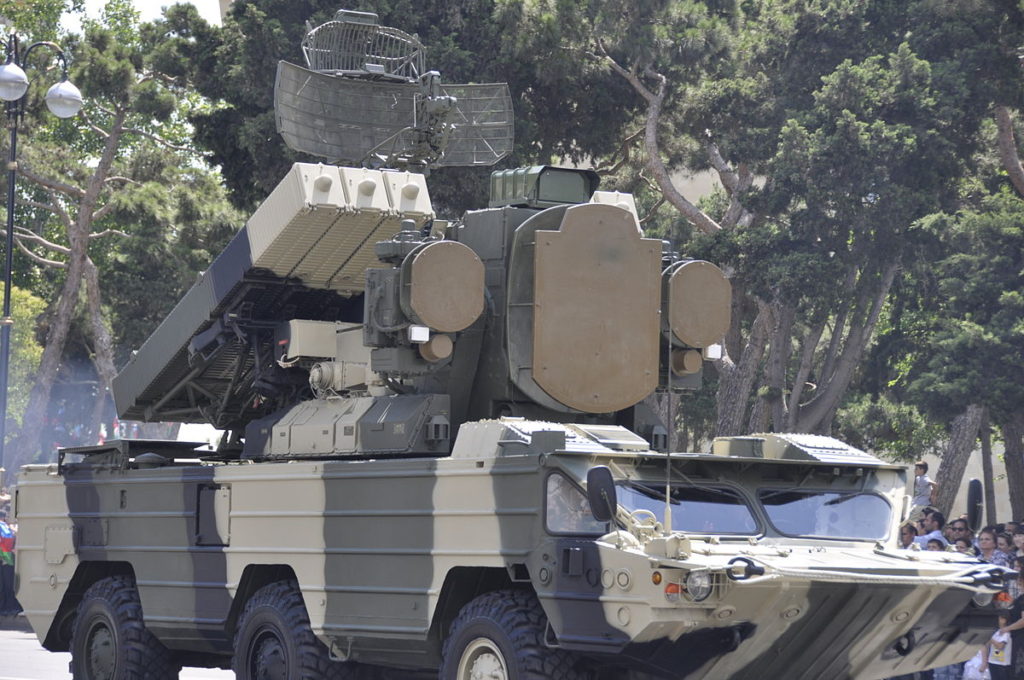 An analysis of the type of missile used, the rationale behind the firing, and the lack of any meaningful response by UNIFIL:

On 31 October 2019, Hezbollah fired an anti-aircraft missile at an IDF UAV that was carrying out a mission over the city of Nabatiya in Southern Lebanon. The missile missed its target, no harm came to the UAV and the UAV continued to complete its mission. The Russian website “Evia Peru” reported that the missile in question was a Russian-made SA 8 type anti-aircraft missile, supplied to Hezbollah by the Syrians.

This type of missile system is carried on a dedicated military vehicle and is also known by its nickname “OSA”,

As demonstrated by the picture above, the OSA is not a small weapons system and one can assume that its arrival in Southern Lebanon would have resulted in numerous intelligence indications alerting the IDF to its presence and location.

Notwithstanding the above, our analysis concludes that the strike was not executed by the “OSA” system but rather by an anti-aircraft shoulder missile. Unlike the sizable “OSA” system, a shoulder missile is operated by a single infantry combatant, generates a very low signature, and thus makes it difficult to detect missile conveyance, firing preparations, and the location of its firing position.

Since the drone operation that took place in Beirut on 24 August 2019 (which Hezbollah attributed to Israel), Nasrallah declared that from now on, Hezbollah would intercept all Israeli air operations in Lebanese airspace. The anti-aircraft missile fired on 31 October 2019 can therefore be treated as the implementation of Nasrallah’s declaration and an attempt to carry out his promise to intercept any Israeli aircraft flying over Lebanon.

In his weekly speech delivered on 1 November 2019, Nasrallah referred to the missile’s firing, stating; “the UAV interception is a natural issue and our aim is to purge the Lebanese skies of Israel’s violations …. We will continue to act in this way regardless of internal developments in Lebanon. … “.

Despite Nasrallah’s statement proclaiming that the interception was executed regardless of the demonstrations taking place in Lebanon since 17 October 2019, we estimate that the timing of the action was chosen in order to divert public attention away from those protests and to sway the forming anti-Hezbollah narrative.

Supporting this assumption is the fact that for now, the anti-aircraft firing has ceased and has only been a one-time act. Israel continues its aerial operations in Lebanese air space and as of today, Hezbollah has not carried out any further firing). Needless to say, protests are still ongoing across Lebanon at this time.

Thus it appears that Hezbollah will continue to establish its main narrative towards the Lebanese public opinion as “the defender of Lebanon”, as an organization aimed to protect the interests of the Lebanese state and defend the country from what it deems to be Israeli aggression.

Both the IDF flights over Lebanon and Hezbollah’s missile attacks against UAVs’ are in violation of UN resolutions (1559 / 1701). However, while the United Nations constantly demands that Israel stop its military operations aimed at protecting Israeli citizens from the weapons possessed and used by Hezbollah in Lebanon, the UN completely ignores the weapons in Hezbollah’s possession even when used.

While Nasrallah continues to threaten Israel, executing his threats and firing upon Israeli targets, UNIFIL takes no direct effective operational actions against Hezbollah in order to prevent the organization from conducting similar actions in the future.