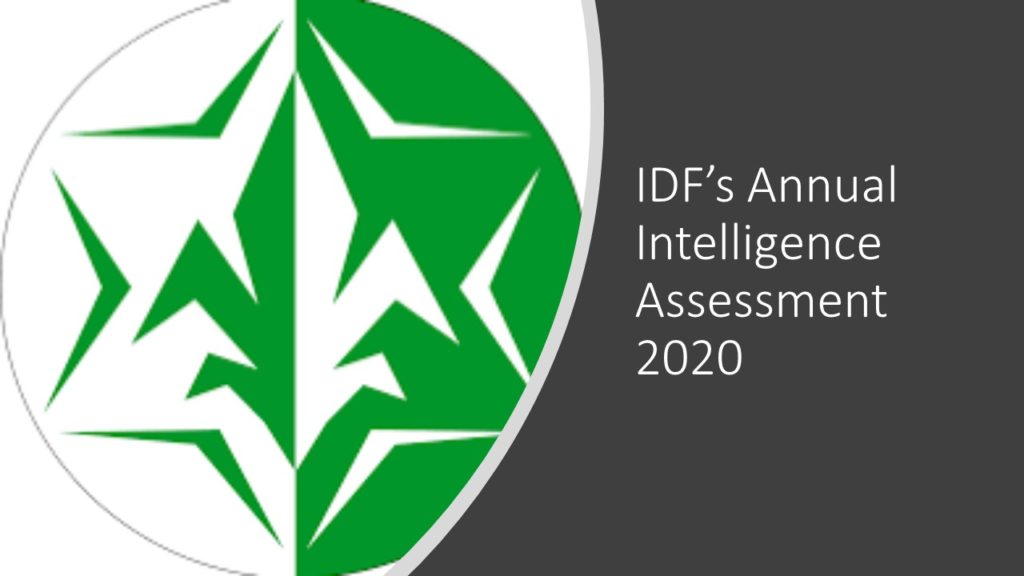 According to the intelligence assessment, the assassination of Quds force commander, Qasem Soleimani by the Americans will restrain the Iranians in the near future.

This restraint will allow Israel to intensify its attack on Iranian targets in Syria.

Hezbollah will retain its balance of deterrence, vis-à-vis Israel, and will not hesitate to face a direct confrontation if their people in Syria are harmed.

The Syrian army’s main task these days is the purging of the Idlib district and the area of the Turkish enclave in northern Syria.

The Syrians have not abandoned their chemical and biological weapons development plans.

The Shiite militias do not pose a direct threat to Israel.

Hezbollah’s presence in the Golan Heights will continue mainly for establishing an operative infrastructure, along with few terrorist cells of Hamas and Islamic Jihad.

It is unclear whether Hezbollah will become more independent in light of Soleimani’s assassination, but there is no doubt that Hezbollah will continue to remain Israel’s major enemy in the northern arena in 2020.

Hezbollah’s missile accuracy project has not yet been achieved, although its development efforts will continue.

Despite its defeat in Syria and Iraq, ISIS will continue to exist and continue to execute terror attacks throughout the Middle East and even in other arenas.

In summary, the intelligence assessment for 2020 states that there is little likelihood that Israel’s enemies will wage a proactive war against her. However, our assessment at the Alma Center is that the possibility of a sudden deterioration into conflict / war exists at any given moment due to the abundant dynamics and complexity in the arena.