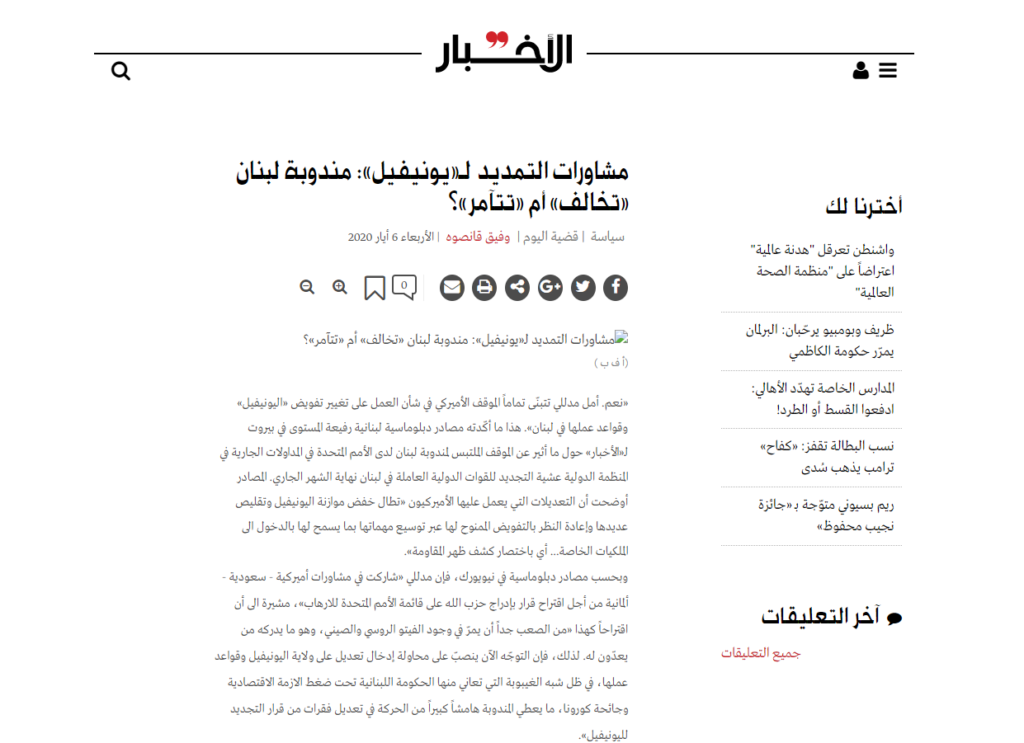 In an article published on 5 May, the pro-Hezbollah Lebanese newspaper, “Al Akhbar“, attacked the Lebanese ambassador to the United Nations, Amal Mudallali. According to the newspaper, Mudallali adopted the U.S. position calling for the change of the UNIFIL mandate and nature of its activities based on U.N. Resolution 1701 in southern Lebanon, (expanding UNIFIL accessibility to Hezbollah controlled areas and assets). According to the newspaper, the ambassador also participated in discussions led by the United States, Germany, and Saudi Arabia, formulating a proposal to include Hezbollah into the United Nations terrorist list.

We should note, that the Lebanese Ambassador, who denied taking any initiative or voicing any position contrary to the Lebanese official position, served in the past as an adviser to the former Lebanese Prime Minister Saad al-Hariri, who heads the party opposing Hezbollah. In our estimation, the purpose of the publication in “Al Akhbar“, used frequently among other things as Hezbollah’s mouthpiece, is to exert pressure to bring about the replacement of Mudallali with someone from the Hezbollah faction.