What is the connection between the formation of a new government in Lebanon, the US sanctions and the resolution of the Maritime Border dispute with Israel? 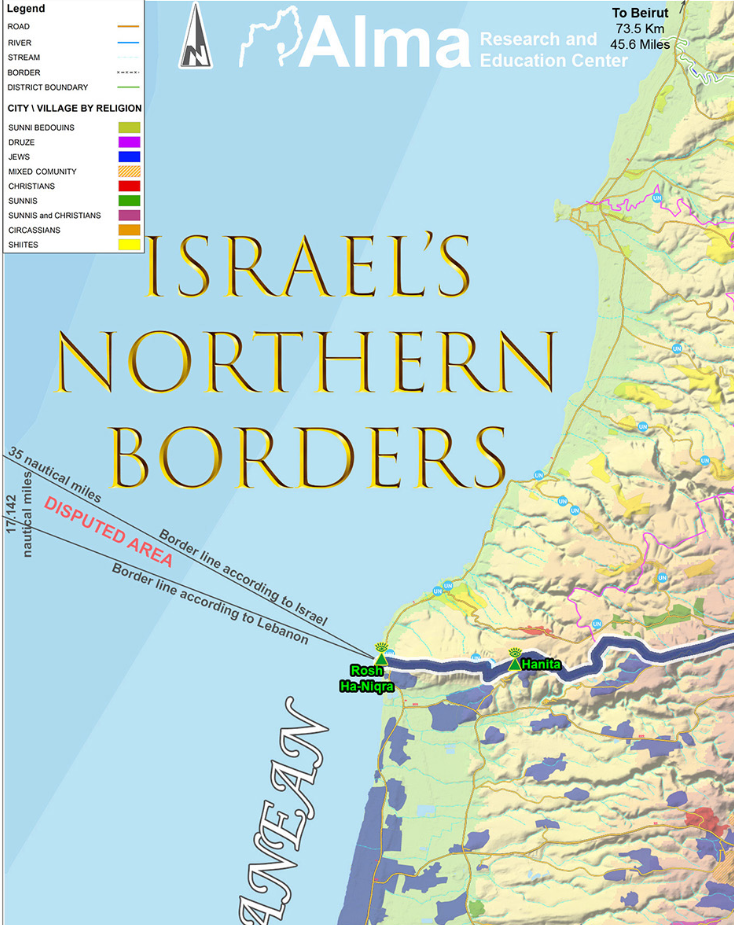 On September 15th, the 2-week period, that was designated by French president Emmanuel Macron for the establishment of a new Lebanese government, headed by Mustapha Adib, has ended. Macron proposed an equation: economic aid in exchange for a government of experts.

As of now, the formation of the government is seemingly at a dead end because of 2 people: the first is President of Lebanon Michel Aoun, and the second being Nabih Berri, Speaker of the Parliament of Lebanon. President Aoun opposes this equation because it was proposed without prior consultation with him and with the Parliament’s factions. Berri for his part insists on being the one to nominate the Secretary of the Treasury in the new government.

The issue of the nomination of the Secretary of the Treasury is problematic. Just recently, the US Treasury placed sanctions on Lebanon’s former Secretary of Treasury, Ali Hassan Khalil (nominated by Nabih Berri), and on Youssef Penianos, Minister of Public Works and Transport, in light of corruptness and cooperation with Hezbollah by transferring funds to it at the expense of the Lebanese nation. These sanctions are unique, as the people they were placed on are not Hezbollah members, but rather political figures that cooperated with it.

US Secretary of State, Mike Pompeo, said: “We stand by the Lebanese people’s call for reform, and we will demand judgement for every person that will ease Hezbollah’s terrorist schedule. The United States places sanctions on 2 former Lebanese ministers, corrupt ones, that abused their positions to provide monetary aid for Hezbollah.”

Hezbollah bribed Penianos into providing government funds for Hezbollah, giving priority to persons and companies affiliated with Hezbollah in receiving tenders, and for providing Hezbollah access to International Court of Justice documents.

As Secretary of Treasury, Khalil transferred funds from governmental institutions to Hezbollah while bypassing international sanctions and exempted those close to Hezbollah from various taxes.

It appears the sanctions placed on Khalil are also connected to the United States’ desire to pressure Lebanon and deliver a message regarding the Maritime Border with Israel, in which Khalil is Berri’s representative. Berri is attempting to hinder progress of these discussions (we believe he does so in complete coordination with Hezbollah).

Based on different reports, it appears that France decided to cooperate with the US in resolving the Maritime Border dispute with Israel. France does not oppose the nomination of a Secretary of Treasury by Berri, but in return it demands that Berri distance himself from supervision of the Maritime Border’s marking. It is possible that David Schenker’s, Assistant to the US Secretary of State, statement that there is progress in these discussions and that he hopes an agreement will be signed in the next Several weeks, that will be a starting point for dialogue between Israel and Lebanon in resolving the Maritime Border dispute, indicates that there is a solution for the formation of a new government in Lebanon.

The main question is: will Hezbollah agree to and approve the formation of the new government? From Hezbollah’s reaction to the aforementioned sanctions, we can at least learn that it will have a problem with agreeing and approving it (but we all know that in Lebanon – everything is possible): “This policy of US sanctions will not achieve its goals in Lebanon and will not lead to the submission of the Lebanese people and to their forced relinquish of their national independent rights. The opposite is true – this policy will strengthen their devotion to their free will, their national honor, and their complete independence. The “Amal” leadership (Nabih Berri’s) and the founder of the “Free Patriotic” Movement’s (Michel Aoun) positions prove this. We express our solidarity with our 2 dear brothers, we stand by them and commend their brave stance that is rooted in and sacrifices for the defense of Lebanon, its freedom and honor…”