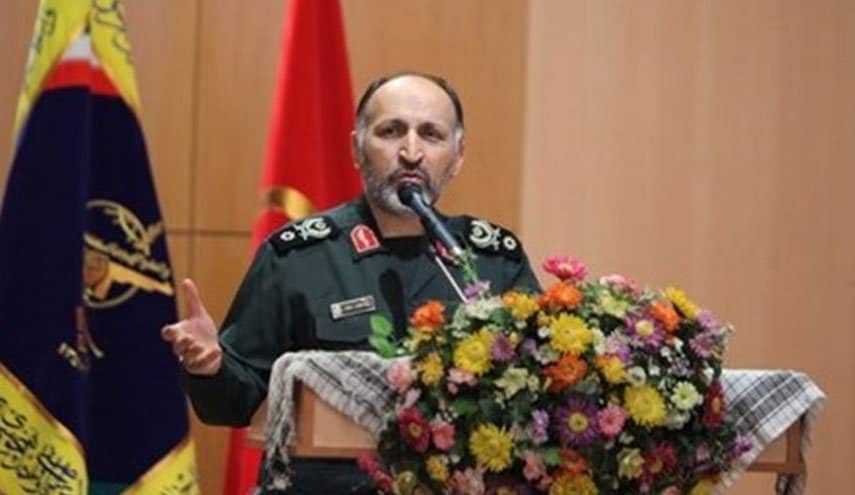 Yesterday, news broke of the death of Muhammad Hussein-Zada Hejazi, deputy commander of the Quds Force from a heart attack. (It should be noted that Hijazi has a poor health background)

Hejazi, who was born in 1956, fulfilled different command roles in the Iran-Iraq war, including roles such as commander of the Basij Mobilisation Force, one of fives branches of the IRGC, from 1998 until 2007, IGRC’s Chief of Joint Staff from 2007-2008 and commander of IGRC’s Tehran district from 2008-2009, among others.

The Lebanese Branch Corps’ main activity is establishing the Lebanese area as the main platform for the fight against Israel, by utilizing the use of Hezbollah. They are responsible primarily for building Hezbollah’s power by building long-range missile infrastructures, equipping them with advanced weaponry from the Iranian and Syrian military arsenal (coastal, anti-aircraft, and anti-tank missiles), and also overseeing Hezbollah’s Precision Guided Missile Project and the missiles’ transfer to Lebanon.

Hejazi and Qaani, commander of the Quds Force, were appointed to the post following the assassination of Qassem Suleimani in January 2020.

The purpose of appointing Qaani and Hejazi was to show that the Force’s new authority is experienced, professional, and knowledgeable in all sectors of the operational activity. Another aim was to demonstrate the new authority’s ability to maintain operative stability, continuity, and consecutiveness.

Hejazi’s appointment as deputy commander of the Quds Force came to compensate for Kaani’s lack of knowledge and experience in the Syrian and Lebanese arenas.

In our opinion, the death of Hijazi, a veteran, and experienced officer in these arenas, will only temporarily hamper Quds Force operations on these fronts.