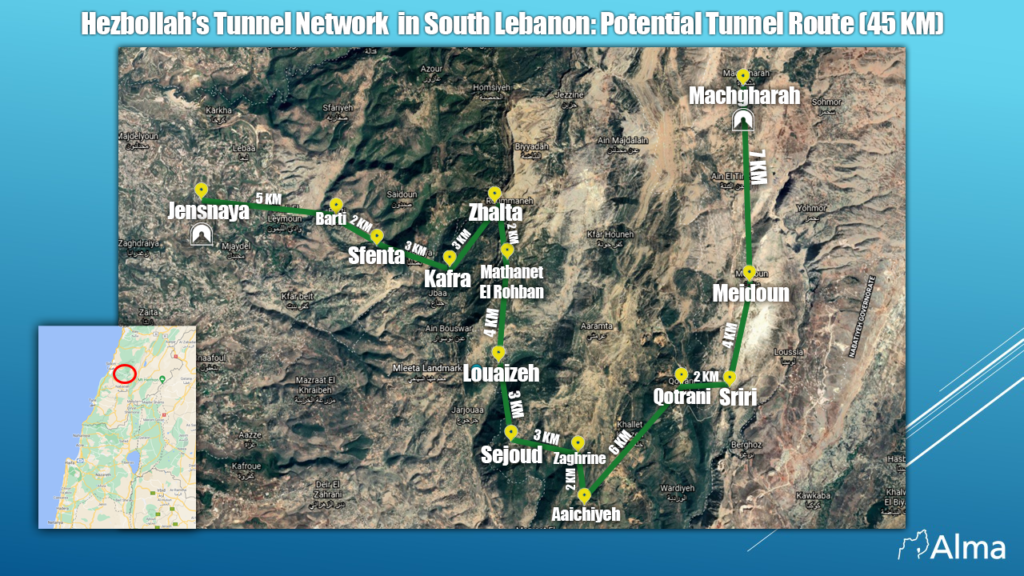 Alma’s following report exposes a new strategic challenge for IDF and Israel. After the Second Lebanon War of 2006, Hezbollah, supported by the North Koreans and the Iranians, established the “Land of the Tunnels”: a project of an “inter-regional” tunnel network of enormous magnitude.

Furthermore, they link the various sub-zones within southern Lebanon (the first and second lines of defense).

This tunnel allows Hezbollah to mobilize forces from one zone to another out of sight and in relative safety.