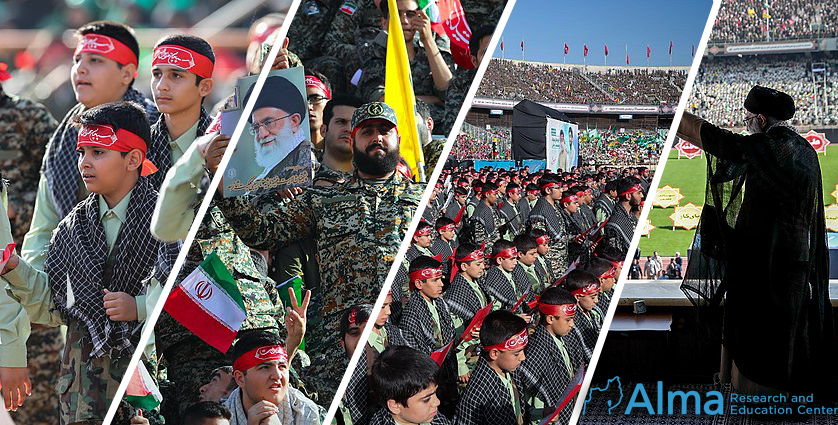 In December 2018, IRGC Commander Mohammad Ali Ja’afri stated in his address before the Basij forces in Tehran that he sees the Basij as a role model for the resistance of the other countries in the area, including Hezbollah. He also stated that “armed rebel forces cells were established in Islamic countries, and small networks of resistance were established in other countries, and we will witness their influence in the future…”

Brigadier General Gholamreza Soleimani (Basij’s Commander since July 2019) elaborated and said that the Basij is no longer limited by Iran’s geography. The Basij experience becomes clear outside Iran’s borders as well…

The words of the Commander of the Revolutionary Guards and the Commander of the Basij have recently been reaffirmed. On October 3, it was reported that an attempted Iranian attack on Israeli businessmen who were in Cyprus was thwarted. The attempted attack was part of Iran’s international infrastructure to carry out terrorist activities against Western and Israeli targets. The Iranian terrorist infrastructure was based on Iranian Basij personnel and operated mainly in Europe and South America.

The Basij (“The Volunteers”) was established as a popular and armed militia which aids the Iranian government in many areas such as internal security, enforcement of the society by the government, moral policing (“Morality Police”), and the suppression of opposition. It was founded in 1979 by Ayatollah Khomeini as “an army of 20 million people” to defend the regime of the Iranian revolution and the political and religious systems and were placed under the command of the IRGC. The Basij was renowned for violent oppression of the protests in Iran in January 2018 and of the protests that occasionally occur from time to time as of late. The Basij is the regime’s “bad cop” and its eyes and ears are everywhere. As a militia, it is also deployed outside Iran in Iraq, Syria, and Lebanon. The Basij’s number of combatants is unknown. It is safe to assume that its combatants are those who were not accepted into the IRGC, some of them even being teenagers under the minimum recruitment age, as well as older men, students, and women. The militia’s budget is estimated at approximately 500 million US dollars per year. The recruits are trained to “be prepared for D-Day”. The volunteers do not receive payment, but instead receive benefits from the government, such as a higher priority in being accepted to jobs in the government and the public service.

The Basij was established immediately after the Islamic Revolution in Iran, and its volunteers were sent ahead of the professional troops to deliberately run through Iraqi minefields to blow them up and even storm the Iraqi battle posts. After the war, the Basij were reorganized into battalions and regional brigades. Recently, the Basij personnel has also begun to be involved in carrying out terrorist attacks around the world on Revolutionary Guards missions.