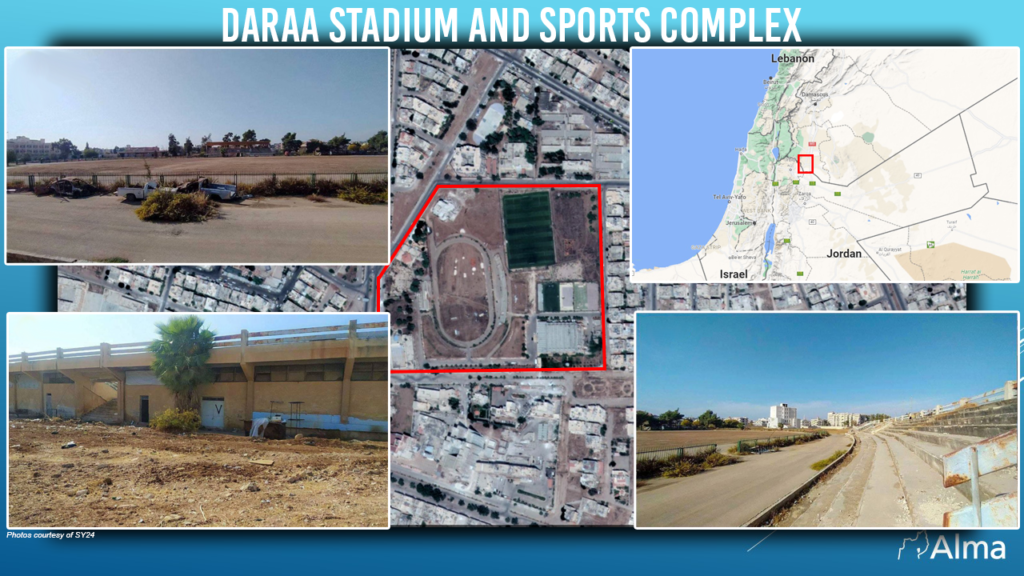 On November 16, the Syrian army handed Deraa Stadium back to the city authorities for civilian use, having used it as a headquarters and ammunition depot for the past few years.

The regime wants to show that it has regained governance in the city of Daraa. For this purpose, some of the military forces withdraw from the city, and buildings and areas used by the army are handed over to the civilian authorities. Extensive restoration work is also underway in the city.