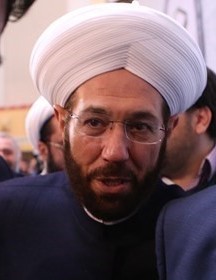 On November 15, 2021, Syrian President Bashar al-Assad ousted the Sunni Mufti of Syria, Sheikh Ahmad Badr Al-Deen Hassoun. Assad abolished the role of the Mufti, appointing his duties and issuing of fatwas (Sharia rulings) to the Sharia Council in the Ministry of Endowments. Assad strengthened the Council’s status – which includes seven Shiite members – increasing the scope of its power.

The abolition of the role of Mufti led to reactions from the Syrian opposition and Sunni scholars, who saw it as another step in the deepening of the Iranian influence over the Syrian regime to create a new reality of Shiiteization in Syria. Then again, there are claims that the Mufti was deposed for disagreement with senior ministry officials due to his religious rulings. Which were, in fact, within the spirit of the religion. Turkish-backed Syrian opposition groups quickly named Sheikh Osama Abdul Karim Al-Rifai as the ousted Mufti’s successor. However, the extent of his actual ability to make an impact is unclear.

Is this another indication of the Shiiteization of Syria?

The Ba’ath regime that took over Syria in 1963 was established as a secular regime that tried to remove any religious and ethnic symbols. In 1970, Hafez al-Assad, a member of the Alawite minority and the founder of the Ba’ath party, came to power. Assad tried to present himself as a devout Muslim. Still, his attempt to get close to the clerics from within the Sunni establishment was unsuccessful. Therefore, he approached the Shiite Community. Since the 1970s, Syria has had an alliance with the Shiite Muslims in Lebanon. The Alawites were considered closer to the Shia but were not officially recognized as a branch of the Shia. Moreover, among several Sunni religious scholars, headed by Ibn Taymiyyah, the Alawites were considered heretics worthy of death until their return to Islam.

In 1972, following the riots between the Sunni Muslim Brotherhood and the Alawite regime in Syria, Hafez al-Assad tried to repeal Article 3 of the Syrian Constitution, stating that the republic’s president must be of the Muslim religion. Assad Sr. attempted to change the Constitution so that the president is a Syrian Arab, a significant change bolstering his political position.

In 1973, Musa Al-Sadr, the leader of Lebanon’s Supreme Shiite Council (later called the disappearing Imam, in light of his disappearance in Libya in 1978), issued a fatwa (a Sharia ruling) recognizing the Alawite sect as part of the Shia. In doing so, he legitimized Assad, given that the Syrian Constitution states that the president of the Syrian Republic must be a Muslim, despite Syria being an essentially secular Arab national state. And in light of his understanding, he would not receive such recognition from the Sunni Mufti in Syria. It should be noted that the Syrian education system is based on the study of the Sunnah.

There were ties between Syria and Iran even before the Islamic Revolution in Iran. After Hafez al-Assad came to power in 1970, relations with the Shah’s regime tightened, mainly in light of Syria’s rivalry with Iraq and as an attempt to distance Iran from Iraq and in making an effort to undermine Iran’s ties with Israel. In 1977, when Assad realized that he could not change the Shah’s position, he began to aid the Iranian opposition, providing refuge for the Shah’s opponents, even assisting them with training in Lebanon. Hence, Syria’s political and religious ties to the Islamic regime of Iran began before the revolution. These ties became possible also since Syria has several Shiite holy sites within its borders. Musa Al-Sadr was among the mediators between Syrian and Iranian opposition figures. He even offered Khomeini asylum in Syria.

The Islamic revolution in Iran helped strengthen the relationship between Syria and Iran. Syria was the first to welcome the revolution. Immediately after the 1979 revolution, the Alawite regime established a strategic alliance with the regime in Iran, despite Syria being a rudimentary secular country. Besides Iran’s support for the Syrian government and thus the unofficial legitimacy towards the Alawite regime, the alliance had other common interests, such as the common enemy Iraq, the common interests in Lebanon, and the strategic perception against the West and Israel. Iran did not grant religious legitimacy to the Alawite Community, as Musa Al-Sadr did. Still, it did strengthen the Islamic identity of the community, working to bring them closer to The Shia. Alawite Syrian students were sent to study in Iran, and Iranian clerics came to teach and preach in the Alawite cities. Even though Shiite entry into the Alawite areas was not always welcomed among the Alawites, the path to supporting Hezbollah as a Shiite organization, funded and established with Iran’s support, was short.

Several Shia sites are spread throughout Syria.  First and foremost, the Saida Zeinab site which is the tomb of Zeinab, daughter of the first Imam, Ali ibn Abi Talib, and Imam Hussein’s sister. In Damascus and its suburbs, there are tombs of several other Shiite figures. For example, in the Bab el-Saghir Cemetery, the heads of 16 of Hussein’s warriors from the Battle of Karbala are buried. There are also Shiite holy locations in Aleppo, in the village of Baredi and al- Ruqayya. These locations were and are places of pilgrimage for Shiites, given their belief that they constitute a source of blessing and responsiveness to their prayers. As Syria’s civil war deepened and widened, Shiites felt a tangible danger to these holy sites. Hezbollah, Iranians, and Shiite militias settled in the area of the sacred places to protect them. These sites were often the motif and the rationalization in Nasrallah’s speeches justifying Hezbollah’s presence on Syrian soil.

If we consider Alawites to be Shiites, then the Shiite population is about 13% of the total population in Syria, 11% of whom are Alawites, and 2% are original Shiites. Preceding the civil war, the Syrian population numbered a total of 23 million people; of that, the Shiite population numbered about 300 to 400 thousand people. Syria’s civil war claimed hundreds of thousands of lives and caused millions of displaced people and refugees. The current population estimate for 2021 is about 19 million. It should be noted that Hezbollah’s battles near the Syrian-Lebanese border in Arsal and Al-Qalamoun were intended to protect some 30,000 Lebanese Shiites living in villages in Syrian territory. These battles ended in Hezbollah’s victory.

The Syrian civil war, Iran’s involvement, and deep entrenchment, Hezbollah and the Shiite militias greatly influenced the Syrian demographics. Following a series of attacks in the Saida Zeinab area, Iran and Hezbollah fortified and closed the area. On the pretext of fighting terrorism, Iranian forces and Hezbollah carried out a systematic cleansing of Sunni settlement areas. At the end of the civil war, the Assad regime nationalized the abandoned areas in order to settle Shiites of various nationalities, including Iraqi, Afghani, and Pakistani (it is clear that this refers to Shiite militiamen and their families who originated from these countries).

According to the Syrian opposition, The Syrian regime enables demographic changes in Damascus and other areas in Syria. Sunni residents are immigrating, and the real estate is purchased and, in their place, Shiites, Iranians, Iraqis, Lebanese, and others are being housed. The argument is that the Iranians, with the regime’s help, are exploiting the tremendous economic difficulty in Syria, providing financial and material assistance to the population to spread the Shia doctrine.

This process is carried out in parallel to the construction of Husseinias (Shiite seminaries) and the conversion of Sunni mosques to Husseinias for educational purposes. In addition, Shiite religious holidays, such as Ashura Day, have become more prominent in the public domain. Since 2014, this phenomenon has been noticeable in the Sayyida Zeinab area and even on the streets of Damascus. The Syrian opposition claimed that this phenomenon is, in fact, a transformation of the face of Syria and is a part of a sectarian war that is taking place alongside the falling of Syria into Iranian and Hezbollah hands. Another example of a village in the Horan area where the Shiite phenomenon spread is the village of Qarfa. In March 2021, following friction with local residents, families who converted their sediment to Shiia and identified as Hezbollah supporters were deported to Damascus. (See the report published by us regarding the civilian entrenchment of the Shiite axis in southern Syria).

As mentioned above, on November 15, 2021, President Bashar al-Assad issued Decree No. 28, a revision order in the role of Al-Majles al-Alamy al-Faqih, the Sharia Scientific Council of the Syrian Ministry of Endowments (Al-Waqf), in which he expanded its powers and strengthened its position. The decree stated that the Mufti, Sheikh Ahmad Badr Al-Deen Hassoun, was no longer a member of the Council, and his role as Mufti was canceled. It should be noted that this Council was established by executive order only in 2018. It aimed to develop the concept of national unity (original quote). This Council has convened very few times in recent years (two to three gatherings), and most of its members were not Sunnis.

The abolition of the Sunni Mufti, a key figure in the Sunni religion in Syria, is significant. It should be noted that Sheikh Ahmad Hassoun’s son, who supported the regime during the civil war, was killed in 2011 in an exchange of fire with opposition elements. The Sheikh himself took part in the Shiite celebrations of the Ashura in Damascus as early as 2014.

The Council, which will number 44 members, will be headed by the Minister of Endowments, and the members of the Council will include;

1. Two of the minister’s assistants.

2. The Association of Religious Scholars of the Land of Al-Sham president.

3. The chief Sharia judge in Damascus.

5. A representative of the young imams.

7. Two representatives of Sharia faculties from the public universities.

Fourteen permanent members will be members of the Sunni community. Of the 30 Ulama (clerics), between 7 and 10 will be members of the Shiite community and will make up between 20 and 30 percent of the religious scholars in the Council. Of the other clerics, there will be 14 Sunnis, two Druze, and between 3 and 6 Alawite representatives (depending on the Shiite contingence), and one representative of the Ishmaelites.

In practice, the number of Shiite representatives in the Council is 10 to 15 times their relative size throughout the Syrian population, not exceeding 2 percent.

The abolition of the Sunni Mufti’s role is significant in a country with a majority of Sunnis. The population saw the Mufti as the supreme religious authority. The granting of powers to the Council is substantial since it also involves other denomination members. While this is not an official declaration of Syria becoming a Shiite state or that Shia is the dominant and leading religious faction, it does create an artificial balance in favor of Shia in terms of religious influence. The Shi’ization process in Syria appears to be a deep-rooted and slow process with long-standing considerations. This is likely another significant step by Iran and Hezbollah to strengthen the Shiite population in Syria and the Shiite axis (Iran, Iraq, Syria, and Lebanon).