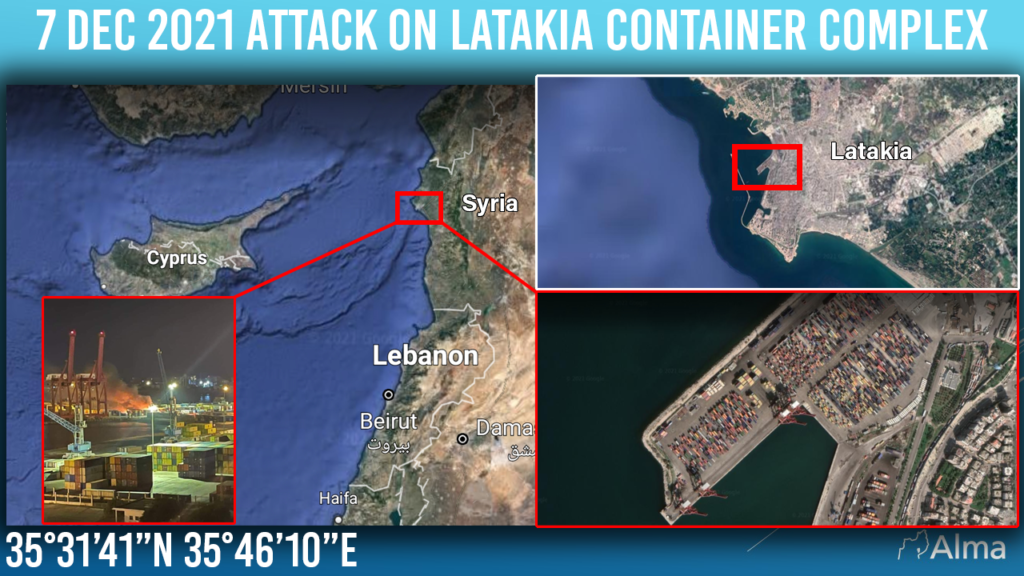 Tonight (December 7) a very targeted airstrike was carried out against the container complex at the city port of Latakia in Syria. At least one container was damaged. It is most likely an attack against advanced weapons.

It is not clear if the weapons came by sea (from Iran?) And from the port was planned to be transported overland (to Syria or Lebanon), or was it intended for transportation by sea (from Syria to Lebanon?).

Either way, someone tried to hide something and someone else discovered it, tracked it continuously, and hit at a chosen time and place.