“Where they Burn Books, they will Ultimately Burn People…” 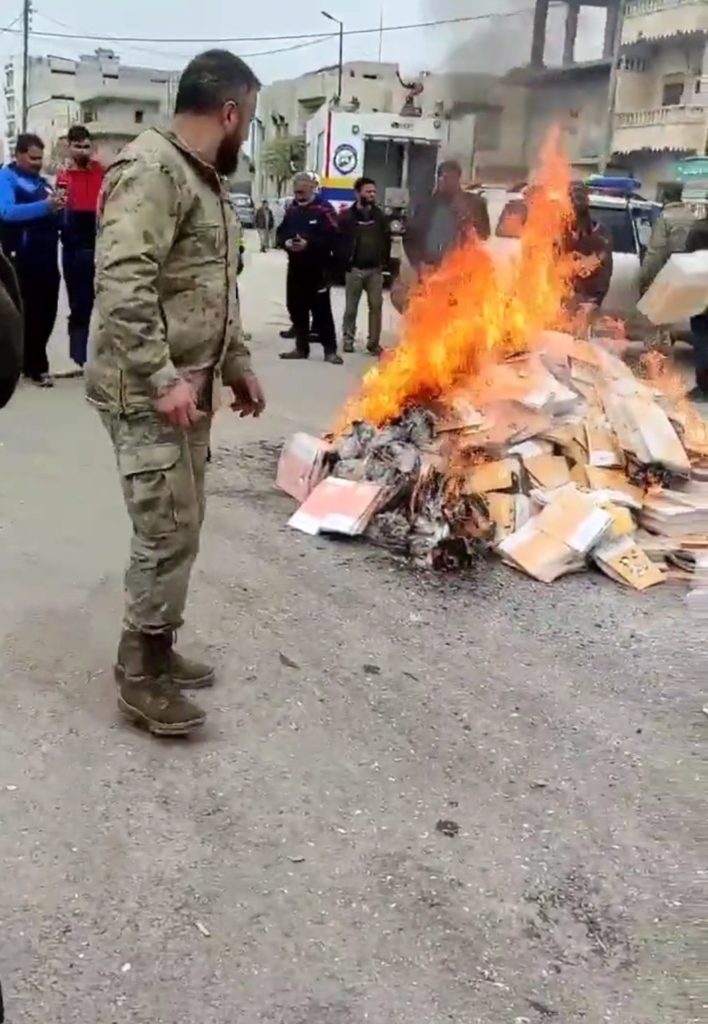 An educational scandal in a 1st grade Islam textbook in the north Syrian region in an episode that dealt with the marriage of the Prophet Muhammad with Khadija “Mother of Believers”-the wedding was illustrated with a picture of a young modern couple in the bride & groom’s clothes.

Following the illustration scandal of the Prophet Muhammad and his wife, police in the northern Syrian city of Jarbalos near the Turkish border held a major event of burning the textbooks in which the picture appeared.