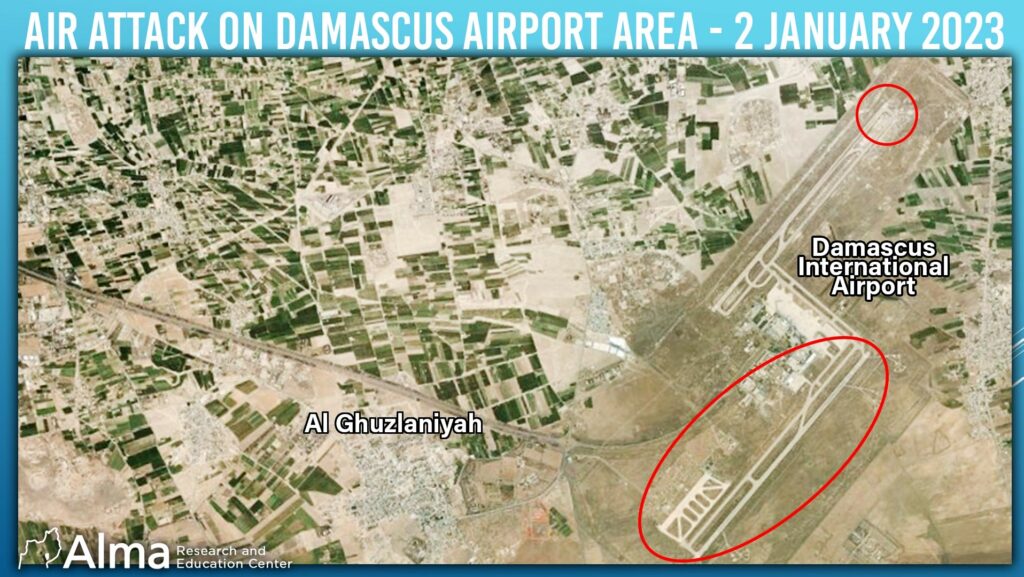 2022 is over. In 2023, Iran will continue to entrench itself in Syria both in a civilian and military aspect while taking advantage of the fact that the Assad regime is weak and the Russians are busy with Ukraine while in need of an Iranian military for the time being.

The Iranian corridor to Syria and Lebanon continues to operate. The first air strike in Syria for 2023 was carried out early morning of January 02 against the runways of Damascus International Airport. From analyzing announcements of Syrian aviation authorities, it appears.

the northern civilian runway was damaged at the front end. To reopen it the Syrians shortened the runway by 500 meters to continue regular operations. The southern military runway is disabled. It’s possible that targets were also attacked near the Al-Ghuzlaniya airport area.