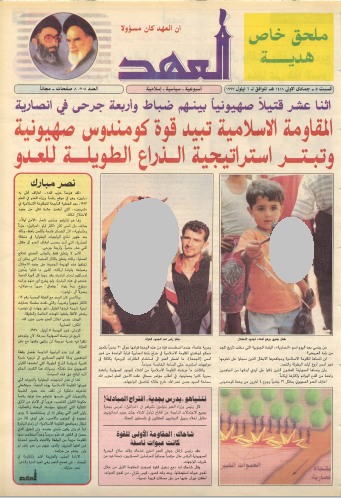 The story of Alaa Hasan Najmeh – A case study of the education product of the Shia home and Hezbollah’s educational organizations: from a Shia child in Aadloun – South Lebanon – to a martyr in Syria

Alaa Hasan Najmeh was born in 1992 in Aadloun, which primarily consisting of a Shiite population. Aadloun is near Ansariyeh, in the western sector of southern Lebanon. Alaa’s family is defined as a “jihadist family” firmly rooted in the “resistance society”. The reference is to the Shia population, which is the basis of Hezbollah’s activity in Lebanon. This population is well maintained by Hezbollah’s executive council bodies that take care of all its needs, including the education of the children – the future generation.

Children are like clay. How you shape and educate their behavior, values ​​, and beliefs is how they will grow up to be mature people. Hezbollah knows this very well and invests heavily in its educational organizations and activities among the Shiite population. These activities instill core values ​​of Hezbollah, especially Jihad, Shahada (martyrdom), and Shia.

In addition to the education that Alaa received from his parents at home, Alaa was exposed to the contents and activities he received in the educational programs Hezbollah operates among children and youth. On September 5, 1997, five-year-old Alaa was taken by his father to the scene of the battle we later called in Israel “the Navy Comando disaster”. An Israeli Navy’s Special Operation Unit, which raided the beach near Ansariyeh (September 4, 1997), was ambushed by explosives at night. As a result of the explosions and the fire exchange, 12 Israeli officers and soldiers were killed.

The Israeli force was rescued by helicopters. Body parts and equipment were left scattered on the battlefield. Five-year-old Alaa became one of the symbols of the event in Lebanon when he was photographed picking up with a stick, allegedly the body parts of an Israeli soldier, which were left in the field.

Alaa’s photo with the body parts appeared on the cover of a special edition of Hezbollah’s Al-Ahed newspaper, which was published a day later and was dedicated to the great victory. These photos and worse ones were not published in Israel, of course. Still, in Lebanon, among the Shiite population in general and Hezbollah operatives in particular, they became one of the most significant symbols of Hezbollah’s victory over the IDF.

Alaa lost his father at a young age. In his youth, he was active and a guide in the Shia youth movement “Imam Al-Mahdi Scouts”.

Hezbollah’s scouts organization “Imam Al-Mahdi Scouts” serves as a central platform for recruiting operatives for Hezbollah’s military units and activities. This scout movement instills militancy in the trainees through the military parades they often perform in public and even meet with Hezbollah fighters.

During the Hezbollah Scouts movement activity, messages of indoctrination such as the ideology of the Islamic revolution in Iran, Shia religious fanaticism, intolerance and hatred towards Israel, and the Shahada (martyrdom) are embedded among the trainees.

Alaa joined Hezbollah as a fighter in 2011. After completing his training as a fighter, he was sent to Syria and joined Hezbollah operatives who fought as part of Hezbollah’s involvement in the civil war there. Alaa took part in the battles against the opposition in the areas in which Hezbollah was intensively involved: the Kalmon Mountains, Al Qusayr, and Aleppo. According to the many photographs he left behind, Alaa specialized in mortar fire and may have fought as part of Hezbollah’s artillery unit.

Alaa was very active on social media, Facebook, and Instagram. He uploaded many photographs to the networks and specialized in Photoshop software. He used these skills to design posters and pictures in honor of the Hezbollah martyrs who were killed in the heavy fighting in Syria. He came and photographed some of the Hezbollah fighters’ funerals in Syria.

His skill in the media and good looks did not go unnoticed by Hezbollah’s propaganda channels (he shot several video clips for them from the Syrian front) and by media outlets of the Revolutionary Guards. Several times he was offered media employment opportunities away from the front lines.

Alaa was killed on October 19, 2016, in a Hezbollah outpost south of Aleppo. At the time of his death, he was the sixth person killed among Aadloun’s Shia youth in what is known as Dafaa al-Maqdas – the Sacred Defense – the campaign in Syria.

We hope that after reading this article, the answer to the question about the effectiveness of the “production line” of educating the children of the Shia population that supports Hezbollah in Lebanon, is clearer. This is how a Lebanese Shiite boy from southern Lebanon comes to his death in the civil war in Syria. 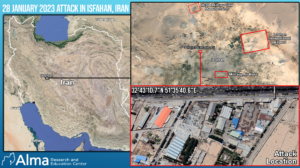 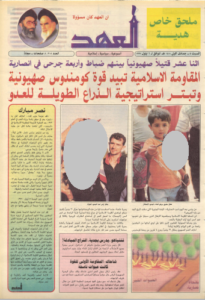