Ultimately, we will recognize you!! 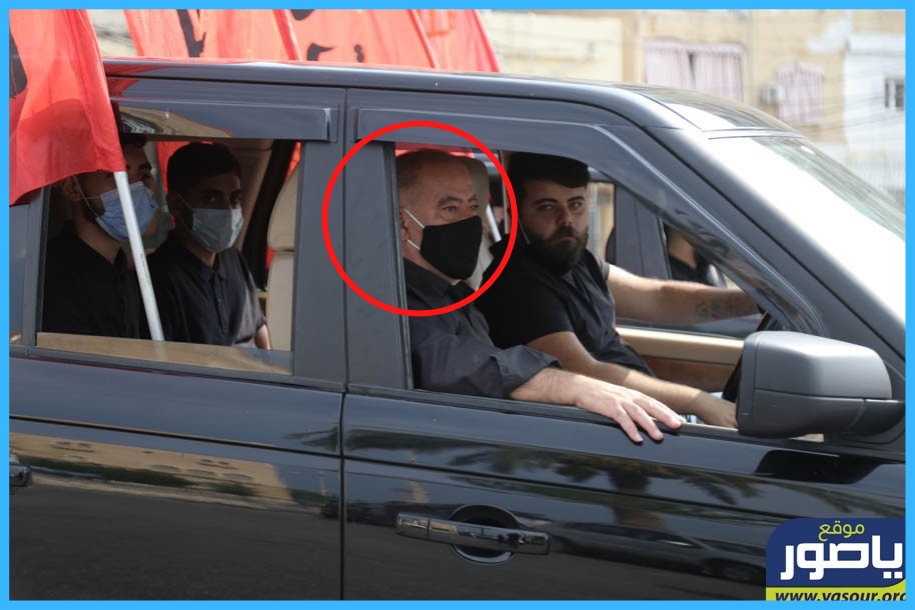 When an image of an individual appears without any reference or context, few may or may not recognize them, leaving the person as an anonymous figure.

Among our missions at the Alma Center, we research and identify the individual, aiming to uncover the utmost information regarding it…

Alma Center deals extensively with the general monitoring of events in the northern sector of Israel. This follow-up includes an in-depth analysis of events, occurrences, phenomena, trends, and key factors (individuals and organizations). Sometimes as part of our research, we also carry out research activities focused on specific elements.

In early September 2020, we published an article reviewing the Ashura events in southern Lebanon that analyzed the phenomena and characteristics of these happenings. We noted that during these events, “everyone goes out to see and to be seen”, including both senior and junior members of Hezbollah and those affiliated to the organization.

Pictures published in our article from the mass Ashura event organized by Hezbollah in the city of Tyre on August 30, reveal three prominent figures suspected by us as senior Hezbollah operatives/affiliates:

Since the publication of our article, we made an effort to identify these three characters. We were able to identify figure #1, we have not yet been successful in identifying figures #2 & #3.

# 1 has been identified as Doummar Awad Mokdad (دمر عوض المقداد), born in Baalbek in the Beqaa valley in south Lebanon, currently residing in the town of Makneh, located in the northern part of the Beqaa valley. He is married with four children, three sons, and a daughter.

The Al-Mokdad family is a Shiite family, considered one of the main families (clans) in the Beqaa. The family maintains an independent armed force. Its financial income comes from illegal activities (drugs, arms trafficking, etc.). The Shiite duo, Hezbollah and the Amal movement support the family.

From the information we possess, Doummar Al-Mokdad is the leader of prominent Shiite families in the Beqaa region. Under his leadership, among other things, many meetings of regional family senior members take place in his home.

Doummar Al-Mokdad is socially active in a variety of topics. Most of his social activities derive mainly from the family’s requests. He is one of the leaders in the struggle for a general Lebanese reconciliation, even proposing the waiving of criminal sentences and the release of various perpetrators from prison, for the sake of social unification of Lebanon for all sects and communities. In addition, he deals with improving the conditions of prisoners in prisons. He heads the “group of national equality”, an association made up of opinion leaders from the entire Lebanese community, who have made it their mission “to unite Lebanese nationalism, throughout all its ethnicity, against sectarianism”. However, with the beginning of the protests on October 19, it seems that this association has waned…. (in our estimation because of a Hezbollah directive).

As part of his social activities, Doummar Al-Mokdad visits schools and raises donations for the purchase of provisions for children, such as for the victims of the Beirut port explosion disaster. He also supports the martial arts activity in his hometown of Baalbek. He also suggested, along with his family members, to take in families who had lost their homes during the wave of fires that occurred in Lebanon in October 2019.

Until 2017, Doummar Al-Mokdad appears to have conducted his life in relative secrecy. He became a public figure in March 2017, once interviewed on “Al -Jadeed” T.V.

In the interview, Al-Mokdad stated that he was one of the founders of Hezbollah, wounded in action in 1982 as part of the “resistance” in the village of Elia in the western Beqaa. Al-Mokdad was on good terms with former Secretary General of Hezbollah (who was ousted from the organization), Subhi Al-Tufayli, but nowadays is not in touch with him, claiming that there are “large ideological gaps between them”. It seems that at some stages he was in conflict with certain elements within Hezbollah (apparently due to family monetary business), however he maintained his pro-Hezbollah stance stating; “The person who gives oxygen to Lebanon, the Middle East and the Arabs is Hassan Nasrallah “. An unverified report from April 2020 indicates that Doummar Al-Mokdad and his family received Syrian citizenship at the behest of President Assad at the request of Hezbollah and Iran.

Doummar Al-Mokdad associated himself with the popular protests of October 2019 and even encouraged them, but after fingers starting pointing more and more against Hezbollah’s involvement, he changed his conduct and became actively involved, at Hezbollah’s guidance, in encouraging protest organizers to withdraw from the protest and from their activity in the demonstrations.

An obituary posted on his personal Facebook page announced the death of his nephew, Muhammad Hollow Al- Mokdad, as a result of a medical incident, stating that he had been active in the organization.

The Shiites in the Lebanese Beqaa are an important part of the Shiite “base” that supports Hezbollah in Lebanon. The Beqaa region is a very important region for Hezbollah in several aspects. The first is the local population’s support for Hezbollah. The second being the large number of activists from this area recruited and serving in Hezbollah. The third is the illegal economic activity in the area on which Hezbollah relies (with an emphasis on smuggling and narcotics), and fourth, Hezbollah’s military infrastructure deployed there (training camps, ammunition depots, munitions manufacturing sites – including production sites of precision medium-range “Fatah 110” missile systems, missile launch sites, etc.).

The large Shiite families in Lebanon, such as the Al-Mokdad family in the Beqaa, to which Doummar Al-Mokdad belongs, are the most powerful forces Hezbollah is based on and relies on to support its military and civilian activities both in routine and in time of emergencies. Hezbollah allows those families to run illegal independent economic businesses and even allows them to establish local militias whose role is to protect the family’s economic interests. Such families are also found in southern Lebanon. Hezbollah receives electoral support from these families, influence on the rest of the Shiite community including influence on other sectarian communities, economic levers, and human resources for the recruitment of operatives. The heads and leaders of those families, such as Doummar Al-Mokdad, are of high social status among the Shiite community in general and among Hezbollah in particular. Some serve in a symbolic role and some in an operative role in Hezbollah.