Living in Heaven, Coping with Hell 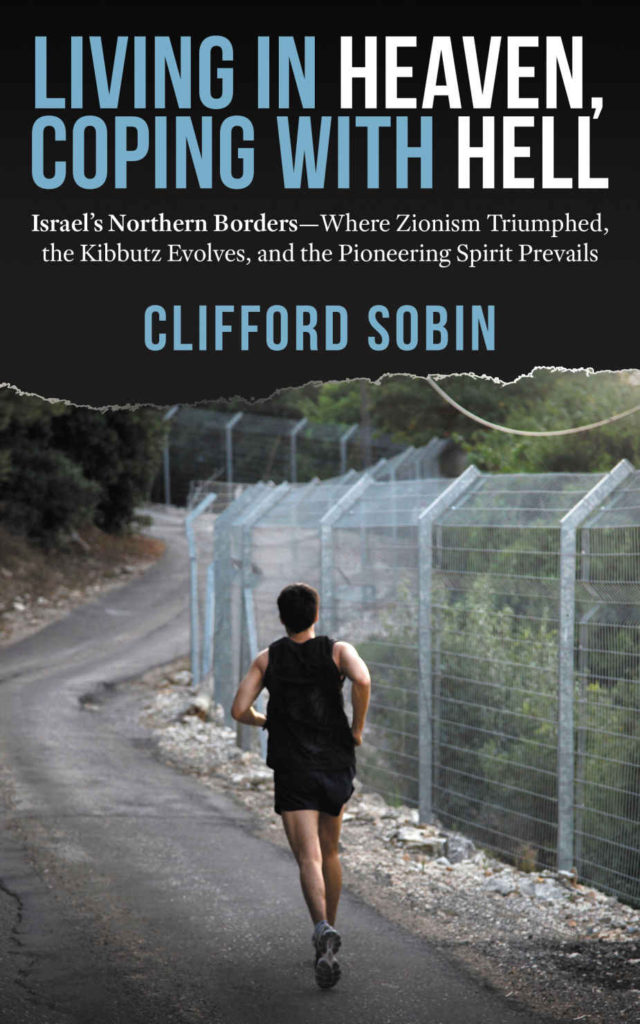 “There is no substitute for walking the land and seeing history through the eyes of those who shaped it”.

You can read hundreds, even thousands of books about a place or time in history.  You can read them in multiple languages. But ultimately, there is no substitute for walking the land on which history was written, seeing it through the eyes of those who shaped it and speaking with those who have witnessed it. Only in this way will the real secrets be revealed. This is why Sobin’s book is so authentic and fascinating – he reveals these secrets to the reader, who is not a local and otherwise would never be able to discover them. (Sobin)

Sobin brings these secrets to life in the story of the people themselves, taking extra time to tell us about the characters’ personalities, the tone of their voices, their tales of romance. He provides us with a different angle on history while staying true to its authenticity, without excessive historical facts. Sobin shows that the people are the story.

The first is dedicated to the stories’ characters (I’ll admit, I’m one of them), and the rest to the story of Northern Israel communities, as seen through the eyes of the characters currently living there, who took part in the communities’ establishment or their defense, or both.

“Living in Heaven, Coping with Hell” is much more than a remarkable and exciting portrayal of people living in Northern Israel. It is a historical manuscript that tells the story in a unique, personal way,  uncovering and illuminating the Land of Israel and its people’s history over the past two millennia.

For example, if you want to understand the DNA of Israelis growing up during the beginning of the Zionism era, look up the chapters on Kibbutzim Deganya, Hannita, Tel Hai, and Kfar Giladi.  Read about the myth of Tel Hai and Joseph Trumpeldor’s might, a story of defending and working the homeland taught to every Israeli child.

Yet, these values are changing.  In many communities in Israel’s Galilee, the young people leave. such places like Kiryat Shemona became unattractive for entrepreneurs and engineering industries. Kiryat Shemona is an example of a developing city contending with a historic lack of development and a shortage of land.

Sobin describes the border town of Metulah in a way that reminds us of Gabriel Garcia Marquez’s “100 Years of Solitude”. Metulah today is a monument to the 1982 war with Lebanon that brought it prosperity and even a period of peace,  a place where Israeli soldiers and journalists found the perfect location, just next to the Lebanon border,  to rest from the battles.  After the Israeli withdrawal from Lebanon in 2000,  Metulah became irrelevant, resulting in economic death. It remains a mystery to me how a town with a breathtaking view, perfect weather, enjoyable hiking trails, and wallet-friendly hotels became empty.  What went wrong?  Where are the tourists? Does the problem lie in the lack of marketing Metulah’s gemlike beauty?

What happened to  Metulah and Kiryat Shemona?  Who is to blame for their demise – the government, or the people? Perhaps this question has to be asked about every peripheral city in the world.  In my view, receivers will never become givers. It all starts with how people are raised and educated – for Kiryat Shemona to grow, investments in programs of entrepreneurism are needed. Available land should not need to be used for the construction of new homes, but for creating employment and entrepreneurship. Existing buildings can be converted to Hi-tech facilities. For this to work, the strong involvement of local leadership is crucial.

In oppose to Kiryat Shmona and Metulah, the chapter on Kibbutz Merom Golan is an exciting success story of how socialism was turned into capitalism without relinquishing its values of community, solidarity, and mutual responsibility.

Cliff concludes the section about Kibutz Merom Golan with the words: “…such are the northern borders of Israel, whether with Lebanon or along the Golan, beauty, and beast”. These words capture the vivid contrast between the Northern border’s captivating view and the chaos of the 1973 Yom Kippur War when hundreds of IDF soldiers were killed on the Golan Heights.  In recent years, we were able to stand on the Golan Heights’ magnificent mountains and look towards Syria, past the breathtaking views, past the Israeli-worked fields, and see the bloodshed and explosions taking place in its civil war, just feet from the border fence. Today, the border is mostly calm, but it is a foreboding one.

The story of Northern Israel is one of the economic and security challenges of Israel’s border settlement. Even though many choose to leave to safer ground, others choose to stay and build a dream of sharing its beauty with the world.

The book is available on Amazon.com.