The Al-Jalaa Building – Neutralizing a Clear and Imminent Danger 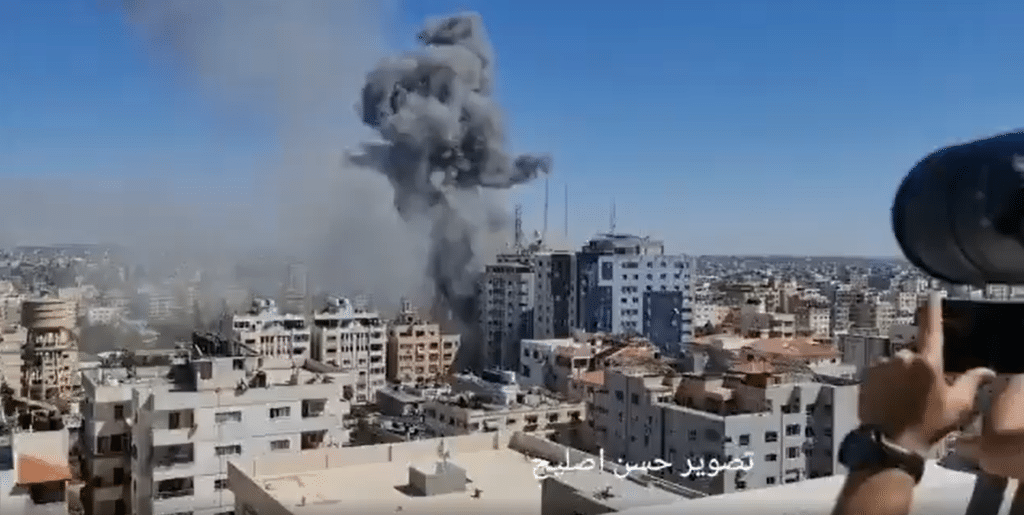 Neutralizing a Clear and Imminent Danger to Israeli citizens even at the cost of evacuating the offices of AP and Al-Jazeera.

On May 15 the IDF attacked the Al-Jalaa building in Gaza City. The 15-story building, housing many communication antennas on its roof, accommodated, among other things, the offices of international media agencies such as IP and Al-Jazeera. However, were there only innocent offices in the building? Were the communication antennas on the roof of the building only used by the media agencies?

The Hamas military intelligence technological research and development unit is accountable for carrying out terrorist activities against Israel and operated inside of a military compound situated within the building. In our assessment, this unit activated offensive cyber or SIGINT capabilities or a combination of both. The antennas on the roof of the building were utilized by this unit to carry out its operations against Israeli targets, both civilian and military.

In our assessment, one of the activities of this military-intelligence compound is related to an incident that took place about a week ago, where Israeli civilians living near the Gaza Strip were asked to disconnect security cameras in their homes and businesses and to disconnect these devices from the Internet. Hamas had activated cyber warfare, taken control of these systems, using them to gather intelligence in preparation for terrorist attacks against Israeli civilians living near the Gaza Strip.